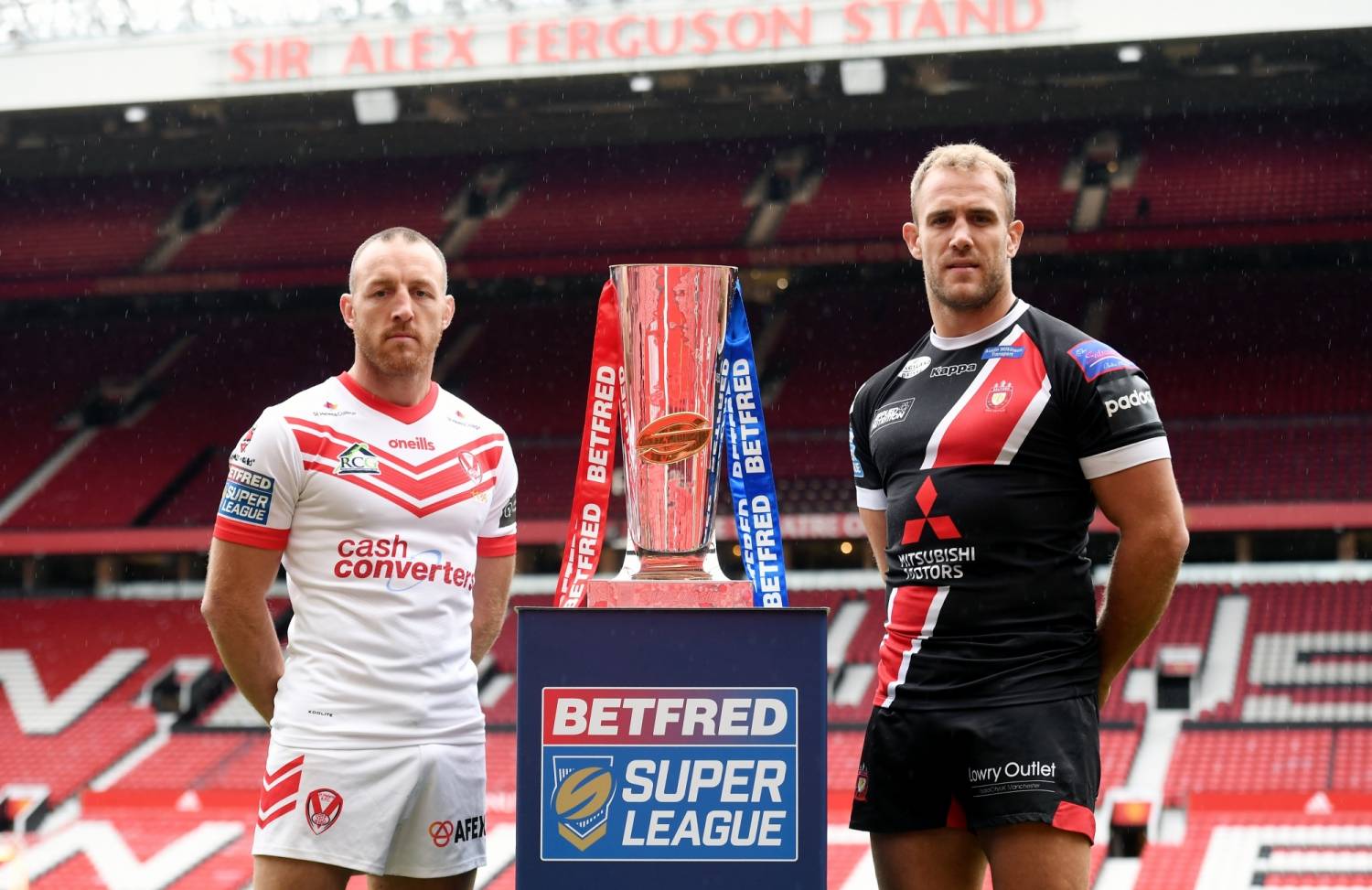 As we look ahead to the big dance, we look at where the game might be decided

Salford will compete in their first ever Super League Grand Final, where they will face six-time Super League winners, St. Helens - five of those championships coming through Grand Final victory. Aside from Grand Final Experience, St. Helens have lost just twice in the league this season, both coming in the capital against an exuberant London Broncos side, leaving the task almost impossible for the Red Devils.

However,  there is something of very recent that both these sides have in common, and that is they dismantled 2018 Champions, Wigan Warriors, in superb fashion. Wigan came into the 1st semi-final on the back of an eight-game win streak, an left the 2nd semi-final with back-to-back defeats.

The talk is that Salford lack the Grand Final prowess to take on the Saints, but as we saw in the 2nd semi-final, the experience and power of the Salford front row will throw this contest wide open. England stars Alex Walmsley and Luke Thompson rightly headline the forwards that will be on show this Saturday, but their opposites Lee Mossop and Gil Dudson, have the exact same amount of experience in the Grand Final, with exactly the same win percentage - the Salford duo winning the Super League in 2013 with Wigan, and the Saints pair winning against Wigan in St. Helens' 2014 victory. I see this game being a three-point checklist, and whoever ticks off the most, will be crowned champions, and the first is this battle between the four forwards.

A fortnight ago, this Friday, St. Helens welcomed the local rivals in a game that was highly anticipated to be one of the best derby's seen. But what unfolded was complete dominance, and within the first 30 minutes, the game was practically over. What we saw was Wigan's defence squeeze but not cover inside or outside the ruck, in an attempt to stop the dominance of the Saints prop forwards, and on three occasions Saints proved too cunning and too strong for the Wigan side in the middle.

Compare that to the week just gone, and Dudson and Mossop clearly did their homework. Salford, although not as commanding or clinical in open play, once they got their chance, an inside ball to Dudson had the forward strolling over to complete the opening score, and when Mossop found space outside the ruck (similarly to Thompson the previous week), the former Wigan star finished the game off, and sent Salford to Old Trafford.

In May, St. Helens and Salford played out one of the games of the season. 16 unanswered points from St. Helens, were followed by 30 by Salford, before Saints scored another 16 without reply, including a last minute try to win it. Standing out that day was, French international, Theo Fages.

Fages has been an ever-turning cog for the Red Vee, and alongside Jonathan Lomax, the Saints have a truly incomparable half-back partnership and will be looking to win the battle of the halves, but they will have stiff competition. When Tui Lolohea replaced Robert Lui at Salford, it took a while for him to settle, but it seems now he has found the performances that caught Leeds Rhinos eyes in the first place, and alongside newly crowned Steve Prescott Man of Steel winner, Jackson Hastings, will be expected to continue his fine form.

With as much flair as a Bundesliga crowd, expect all four of these men to take it right into the defensive line and wait for that one miss-step or late movement to find the right pass or hit the gap head on.

When Ben Barba left the Saints last season, it stunk of missed opportunities. But those that watched the North Queensland side of 2015, knew that not only had a suitable replacement been brought in, but it may have even been an upgrade. That remains to be seen, and throws open debate but Coote has brought stability in the place of uncertainty, and has led Saints one step further in both competitions than former Man of Steel, Barba.

Not many would've been picking Evalds as Coote's best competition, with Ratchford, Tomkins and Hardaker all expected to be Super League's top fullback, but the Salford back has earned his stripes the hard way and this season has been one of the outstanding figures in the league.

Both of these number 1's are masters of second phases, and will be looking to expand on play given to them by their half back partnership. The 1/6/7 combination may be as crucial in this game as it's ever been in a Grand Final.

So, checklist point number one is the forward battle, number two is the halves/fullback combination and number three is a straight head to head between High flying, Golden Boot winning, Tommy Makinson, and the giant former Kiwi, Krisnan Inu.

All that needs to be known for this battle is right in front of you, one brings height, strength and speed, the other bring strength, speed and the unnatural ability to jump higher than the normal human. This will be a battle in the air, on the ground and in contact. My added expectation is that both of these guys will bag a try this Saturday.

It's Saints vs. Salford, it seems straightforward, but this is the Super League Grand Final, and ANYTHING CAN HAPPEN.

The Betfred Super League Grand Final is the biggest night in Super League and takes place at Old Trafford, the iconic home of Manchester United on Saturday 12 October (6pm KO).

Get your Grand Final seat now!