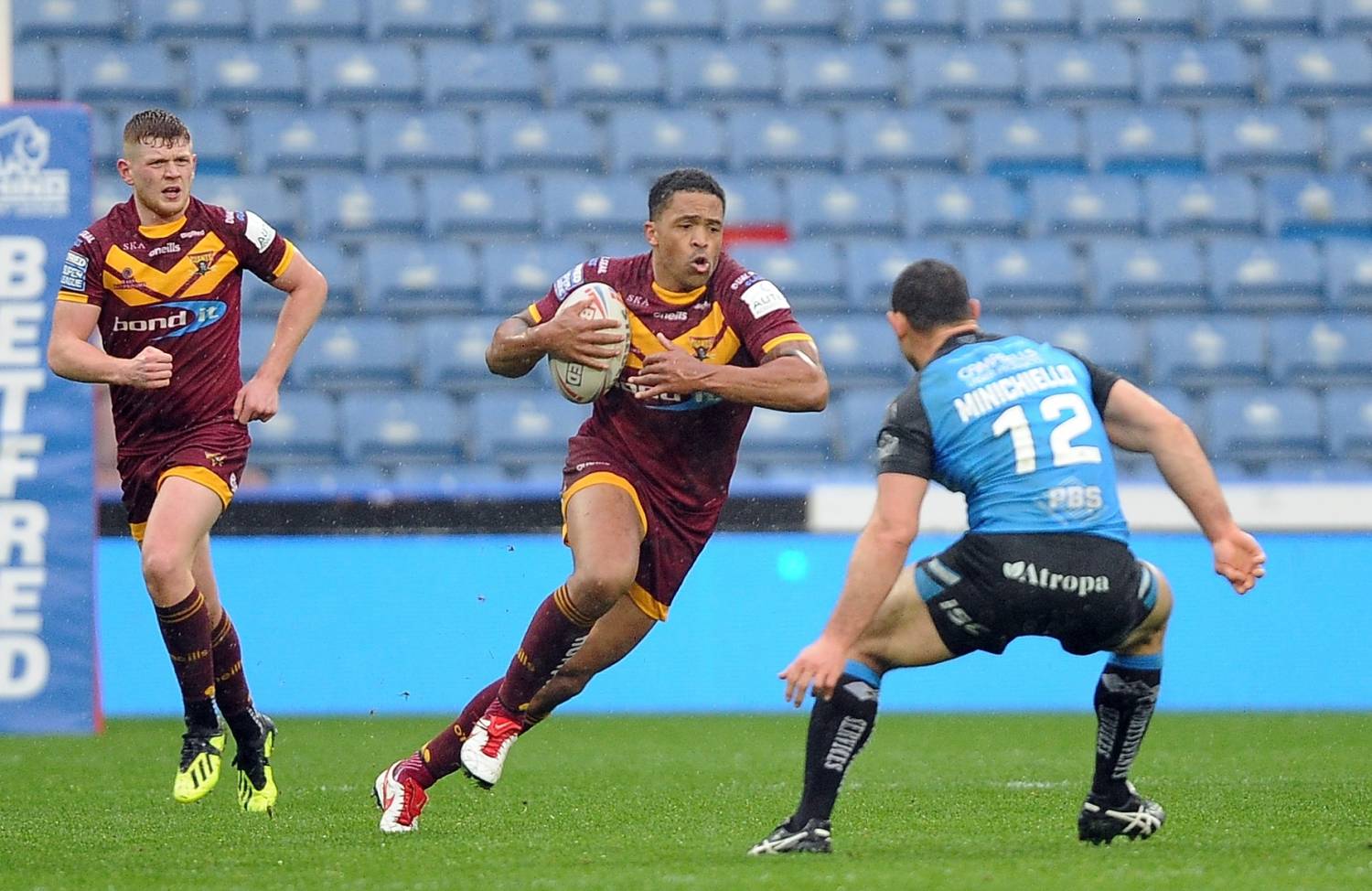 Taking a long look at the Giants 2019 Season, and what might be different in 2020

It's hard to remember how we felt this time last year. After a remarkable turnaround in form coming in the second half of the 2018 Season, many were optimistic in the Giants camp that 2019 would be the year the Giants would kick on and return to the top table of Rugby League. Fast forward to September, and the Giants came from behind on the final day of the season to secure their place in the comp for 2020, through four tries from Louis Senior and a winning try from the ever-reliable Jermaine McGillvary.

Now the seasons has been chalked off and consigned to the history books and we know that we're travelling to Catalans on the first day of the 2020 Season, we thought it'd be time to look at the positives, the negatives and the talking points from our 2019 season. Are you still comfortably? Good, then lets begin.

The kids are alright

2019 was the year of... injuries. Injuries accelerated the integration of many of our excellent young prospects into the side, with players like Matty English getting significantly increased playtime on 2018. They showed up and did their part in the victories we secured, however they suffered serious burn-out towards the end of the season and the feeling was that the Baby Giants were running on fumes in the final stretch. Experience has been a consistent theme amongst the acquisitions of the club for 2020, with Kenny Edwards and James Gavet brought in to provide a bit more leadership in the pack, in the hope that Lee Gaskell will continue to provide leadership from the halves.

It's Round 1 and Huddersfield are without:

The amount of time given to young players has it's benefits. A settled core of players, who have all played for the Giants Academy and grown up together, are blossoming and will be better off for the Super League experience in 2019. Getting through 2019 was the key, and now this core can kick on.

Tell you what, if Huddersfield do stay up this year, they could have a bright future. Around half of this team tonight are homegrown, and plenty more have age on their side. Think they'd be wise to hold their nerve and stick with Woolford too. Got the makings of a good coach
— Aaron Bower (@AaronBower) July 4, 2019

More aggression in the pack

To address this, say hello to Kenny Edwards and James Gavet. Gavet is known in the NRL for his monstrous metres after carry numbers, regularly driving 3-5 metres after impact as the Chalkboard pointed out after his signing. Adding to that will be Kenny Edwards, who will add steel and a robust running style to the Giants pack. Both have extensive experience and Edwards comes to the Giants boasting a Challenge Cup medal, something that the Cowbell Army would relish in 2020.

In the early end of the Season, Simon Woolford talked extensively about the need to get his 'spine' in place - Darnell McIntosh at 1, Lee Gaskell and Matt Frawley at 6 & 7 and Kruise Leeming and Adam O'Brien interchanging at 9. It is interesting to look at the win and loss records when Simon Woolford's spine was in place and when he deviated from that spine; the Giants played 17 games without squad numbers 1, 6, 7 and 9 starting and 12 games with 1, 6, 7 and 9 starting. Their record was a 29% win rate without and a 50% win rate with.

Next season, a settled spine will be the key factor from the off. Bringing Ashton Golding in, a recognised full-back with plenty of Super League experience (65 games for Leeds in his time) allows another solid option at full-back alongside Darnell McIntosh and deciding the halves will be a big decision for Simon, but keeping continuity in those positions will be the big challenge.

Much was made of the lack of experience in the side in 2019 and towards the end of the season, much was also made of Simon Woolford's rotation policy in concentrating on games against sides alongside them in the relegation fight. The Giants were undefeated against the sides below them in the table, racking up 5 wins against Hull KR and London, with the win against the former in Week 23 a particularly pivotal win given the run of 1 victory in 6 leading up to the game. Understated wins against the men from the Capital provided a much needed boost also, with the win in Ealing, given that St Helens lost their twice on the artificial pitch, especially important.

Despite this, against the Top 5, victories were a rarer occurrence. In twelve games against the playoff teams this year, the Giants registered a 3-9 record, winning only against Wigan, Salford and Castleford in the year. All three victories were particularly impressive, with the Wigan and Salford wins especially demonstrating the potential of the sides younger players. Things clicked in the victory at the AJ Bell, with Darnell's redeployment as a centre in that game and Louis Senior's move to full-back, alongside Tom Holmes' debut at half-back, paid dividends.

Against the middling pack, the Giants mustered just 3 wins again, beating Hull twice (including the performance of the season at Magic Weekend) and Catalans on the final day of the season. The true mark of a great team in Rugby League is their ability to beat the best and record signature victories. We'll be hoping for some more like the dual wins against the Airlie Birds and the win against Wigan in 2020.

After a five year spell as Head of Youth, Andy Kelly merges his role with the new role of Rugby Manager, looking after the whole clubs development. He spoke about his desire to affirm a commitment to three key values - Honesty, Hard-Work and Respect and with his record in the Academy, producing a great generation of talent through the academy including Jake Wardle, Innes & Louis Senior, Matty English and Sam Hewitt.

Are you sitting comfortably?

Here's our #LongRead talking to @andykelly3of6 about the revolution brewing at the Giants in 2⃣0⃣2⃣0⃣ based on the simple values of Honesty, Hard-Work and Respect ⬇️ https://t.co/tGbrMtjMBr
— Huddersfield Giants (@Giantsrl) October 29, 2019

We spoke to Andy in our last Long Read, when he was talking about his plans to allow the coaching staff to do what they're best at, coaching. He also spoke about Leadership, and how in such a young team, leaders are determined by values, not experience, number of matches and international caps. It's a commitment to the ethos of the club that he's most keen on instilling. If he can get it right and the club adhere to the values that so many of the young players are already familiar with, we'll be in an excellent place for 2020. Exciting stuff, eh?