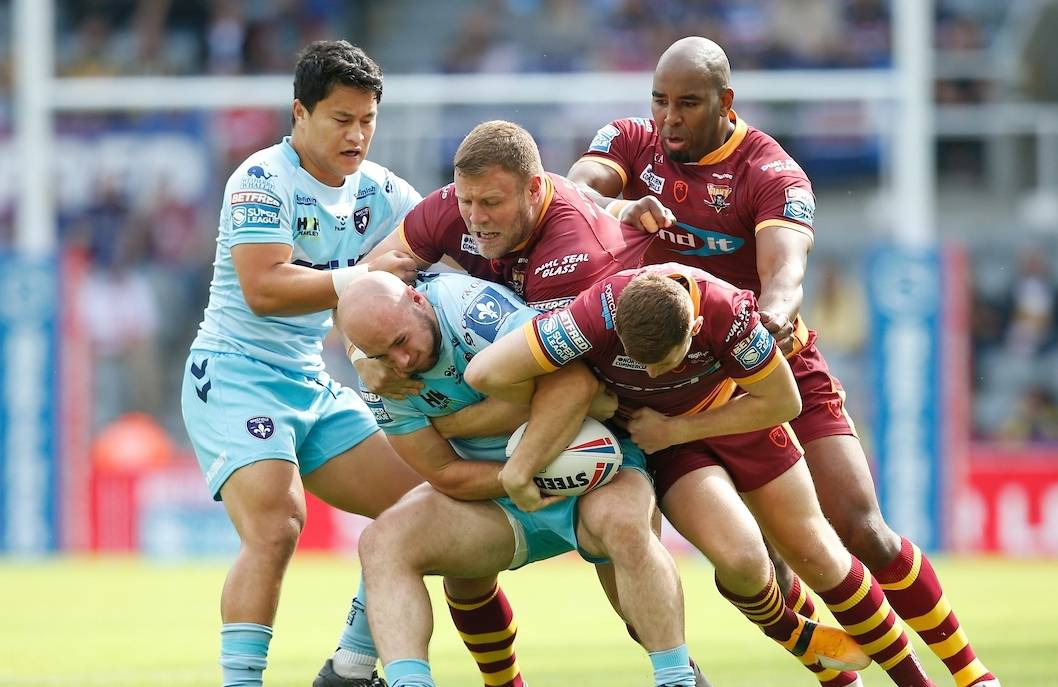 Huddersfield Giants were defeated at the 2021 Dacia Magic Weekend, with tries from Will Pryce, Josh Jones and Sam Wood not enough to get the win at the showpiece event.

The Giants were without Luke Yates, who will miss the last three matches of the campaign with a pectoral injury. Olly Russell and Will Pryce continued their partnership in the halves that served the Giants well in their 40-28 win against Hull KR on Monday night, while Jack Cogger continued his role from the bench.

Huddersfield had the best possible start, with Will Pryce lighting up the early stages at St James Park, finishing a break on the right hand side started by Olly Ashall-Bott, finished by Pryce in front of the Giants fans in the Leazes End. Pryce converted his own try to give the Giants the lead after just 3 minutes of the match.

Wakefield would hit back, however after ten minutes of the match, as a mistake on the 20m line by the Giants allowed Trin to get a prime opportunity, when a shifting move towards the wing saw Tom Johnstone touch down in his trademark acrobatic style.

Trinity would score again with 25 left on the clock, as a high bomb was spilled by the Giants straight into the arms of the ever dangerous Ryan Hampshire. Lino converted for his second of the day and Trinity had a 6 point lead to take into the second quarter.

The opening minutes of the second quarter was a subdued affair, with both sides struggling to find attacking momentum. Olly Ashall-Bott's break through the centre of the pitch was a highlight, but he was denied a try, coughing up possession metres away from the line.

With five left in the first half, a Giants drive from Sam Hewitt resulted in a scuffle between Hewitt and David Fifita. Neither received any punishment aside from a slap on the knuckle but the Giants lost possession. With two minutes left, an interference call gave the Trinity the chance to end the h\xalf on a high, which Lino took from 11m out to extend the Wakefield lead to 8 points as the two sides went into the sheds.

Early in the second half, Huddersfield were put under the kosh, as Sam Hewitt was sent to the bin for ten minutes for a tackle led with the elbow. Wakefield forced a repeat set on the back of the resulting set, and scored through Tanginoa, whose diagonal line cut through the Giants defence, despite the defensive efforts of Olly Ashall-Bott. Lino added the extras and gave Wakefield an early boost in the second half.

Josh Jones thought he had got the Giants first try of the second half, barraging over the line from close range, but referee Ben Thaler referred the score upstairs and gave no try on the field, and it was overturned. Soon after however, Sam Wood leapt to collect a perfectly weighted Will Pryce kick to score in the corner, and the Giants cut the lead to 10 points. A perfect

But with 12 left on the clock, Wakefield got, it would seem, the hammer blow with a close range try for Reece Lyne giving Trinity a two-score lead. Lino would add the extras from 10 metres in from the touchline, and a 14 point lead would be restored.

Josh Jones would get over the line with six left to play, with a carbon copy of the try that had been quashed earlier in the game, to reduce the deficit to ten points, Pryce converted for his third of the day and set up a grandstand finish at St James Park, but two minutes later, a gap in the middle of the Giants defence would open up to allow Chris Green to score under the sticks. Lino would convert and would restore the 14 point lead, which was the last act of the game.