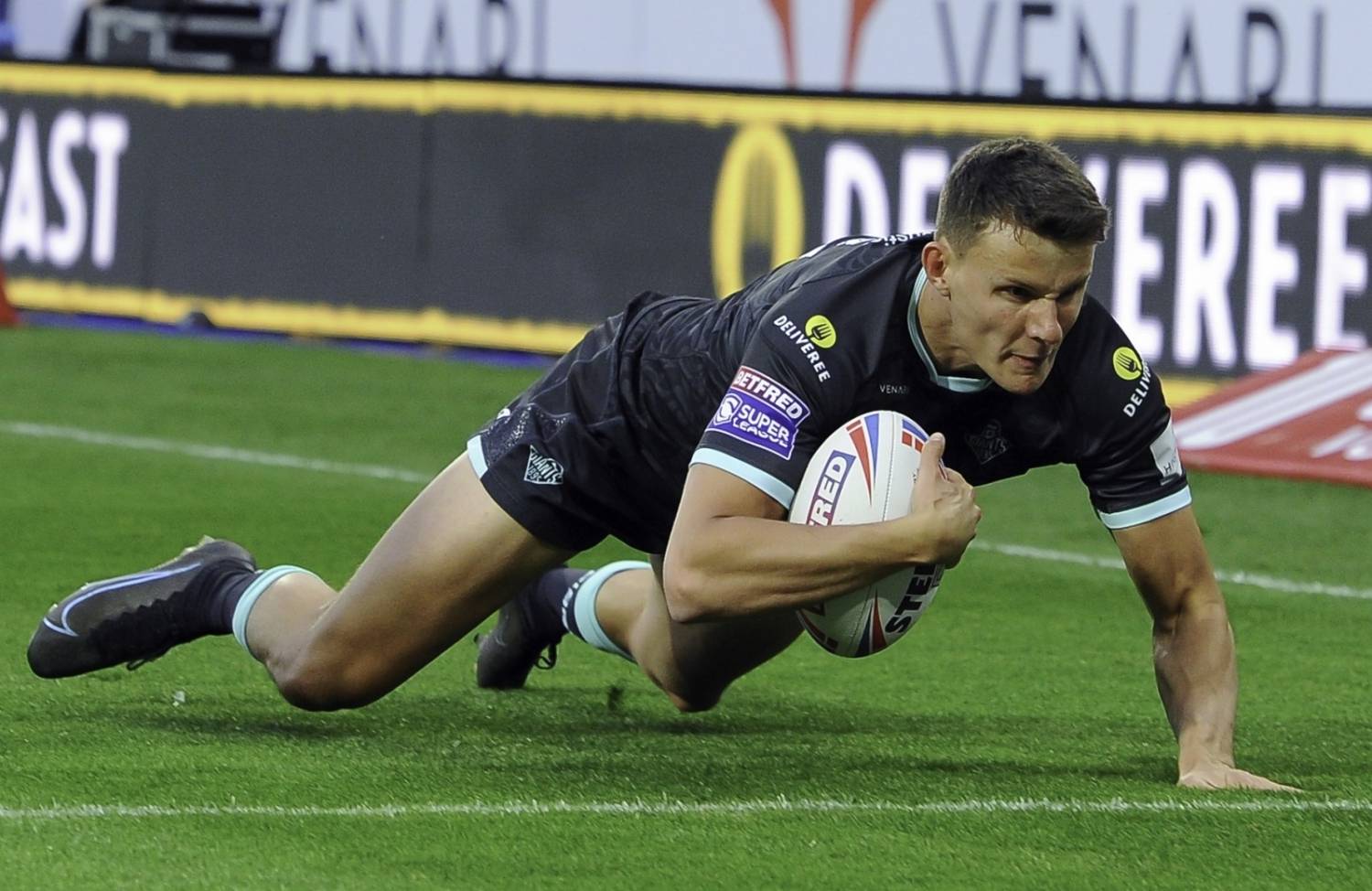 A hat-trick for Louis Senior was the catalyst for Huddersfield Giants to beat fellow Betfred Challenge Cup Finalists Wigan Warriors in the Betfred Super League, as the Giants won the dress rehearsal, 32-22.

Senior and Ricky Leutele crossed over for the Giants in the first half, with the sole reply from the visitors coming courtesy of Sam Halsall, as the two sides went in six points apart at the end of the first half.

Senior's second and an acrobatic finish from Jake Wardle put the Giants seemingly in control, but efforts from Matty Nicholson and a second for Halsall cut the Giants lead.

Sam Hewitt scored to reassert the Giants control, but a second for debutant Nicholson set up a nervy finish at the John Smith's Stadium. Any doubts were extinguished however as Louis Senior sealed his hat-trick on the hooter.

Huddersfield's victory puts them full of confidence for their next Super League test against Toulouse Olympique, and also for the upcoming Challenge Cup Final. Don't forget, tickets are still available.