Giants prepare for final with victory 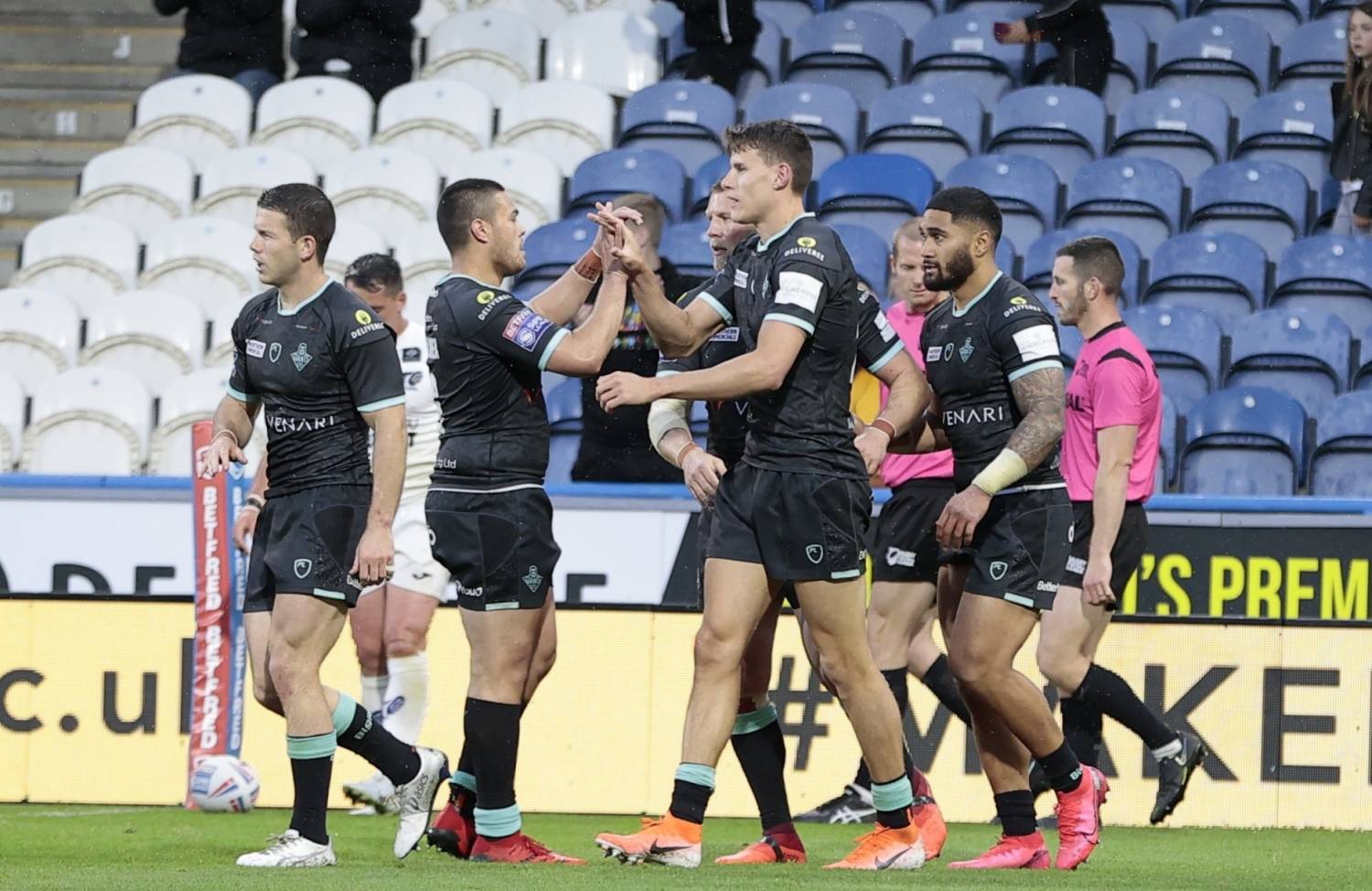 Huddersfield Giants set themselves up for their Cup Final date next Saturday with a gritty, comeback win against Toulouse Olympique in the Betfred Super League.

The Giants were able to capitalise on blustery weather from the very start, as the visitors opening kick off sailed into touch to give Huddersfield a penalty on the halfway line. That early momentum was dissipated, however, as Ashall-Bott jumped on a loose ball to give the visitors an early lead. Hankinson soon converted from in front of the posts to extend the Olympiens lead to six points.

Huddersfield brought their way back into the game with good physical pressure on Toulouse, and got their reward through Sam Hewitt, who successfully connected with an excellent Tui Lolohea kick, with the Tongan international dispatching the conversion to level the scores.

But a run through the middle of the pitch would give the visitors their second try, and re-establish their lead courtesy of Romain Navarette, with Hankinson dispatching his second to establish another six point lead for the Spacers. That would be the way the half would end, with the visitors sitting on a shock six point lead.

After five second half minutes, Olympique would stretch their lead to ten points as Matty Russell surged in-field and touched down for a score. Hakinson missed his first of the night, however, and TO were unable to secure a three score lead.

Huddersfield got back on the scoresheet after 54 minutes, courtesy of in-form winger, Innes Senior, who collected a magnificent Ricky Leutele pass to score in the corner. Lolohea made it two from two from the boot from the touchline to bring the Giants within a score.

The Giants kept hammering the visitors with possession, territory and pressure and finally, with seven left on the clock, Innes Senior was able to touchdown to level the game. Tui Lolohea, playing against the wind was unable to curl the conversion through the uprights to give the Giants their first lead of the game and Huddersfield would have to continue to knock at the door of the Olympiens.

With three left on the clock, after the Giants won possession at midfield, Jack Cogger dropped back and was able to slot over a one-pointer to give the Giants the lead with the seconds counting down. The Giants would be defending until the final seconds, however as Toulouse continued to try to get the score that would give them the win until the very last play, but it was a dogged performance for the Giants, who now look to get themselves fit for a final next Saturday.