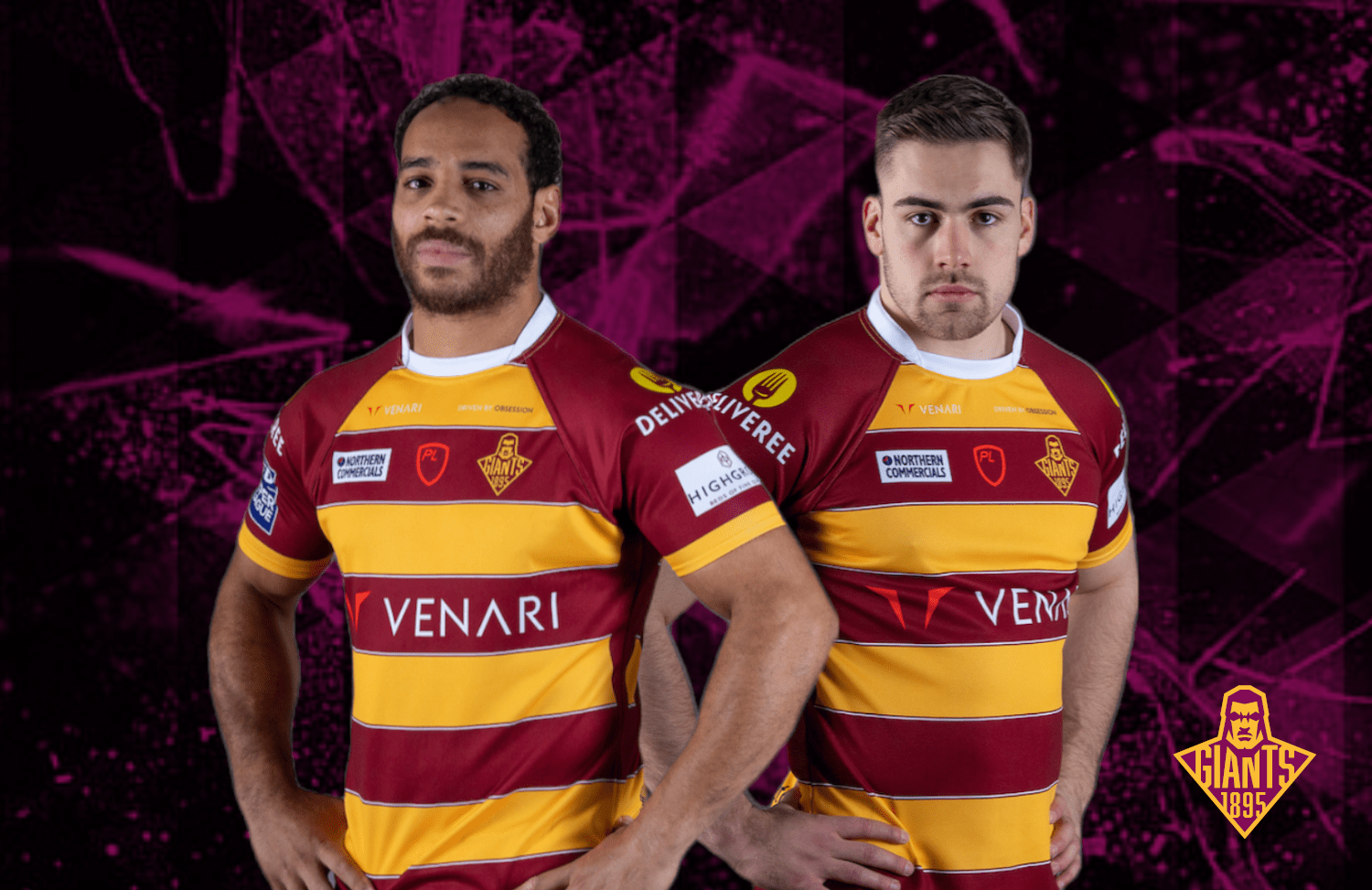 Leroy Cudjoe made his debut with the club in 2008, and will extend his first-team career into it's 15th year with a one-year extension, and has scored 127 tries in 331 appearances over the course of his career. Sam Hewitt has come through the Giants Academy system and since making his debut in 2018 has made 43 appearances for the Giants, scoring 3 tries.

Ian Watson said: "It's great to confirm deals for Leroy and Sam, who are two guys who add a significant amount of professionalism and the right attitude to the club.

"Leroy's commitment and attitude towards himself and his fellow teammates is something that all of our squad can learn from, and his keenness to pass his knowledge on to the younger lads in the squad is invaluable as well. He's shown his ability to continue to compete at the top level throughout this season and he forms a key part of our continued mission to be competing for Grand Finals and Challenge Cups on a regular basis.

"Sam has also shown a similar attitude in his time with the club, is always professional in training and always does the right things. He's good on both sides of the ball and we're looking forward to seeing how he develops over the next two years.

Leroy Cudjoe said: "To re-sign with the Giants is excellent personal news for me, I'm delighted to be continuing my career at my hometown club. Going into the 15th year since my debut, I'm so glad that I'll be able to keep turning out in the Claret & Gold and helping this squad compete for trophies in the next year, and helping the next generation of Giants with their development to make our success sustainable. I'd like to thank all who contributed to getting this deal over the line.

Sam Hewitt said: "I'm delighted to be extending my stay with Huddersfield Giants - it's a great squad environment to be part of and they club have shown faith in me throughout my career. I'm looking forward to continuing to develop and challenging the squad for a starting jersey in the coming years.

"I'd like to thank Richard Thewlis, Ken Davy, Ian Watson and Iestyn Harris for their hard work to get this over the line and I'm excited to continue this journey and continuing to compete for silverware with the Claret & Gold."