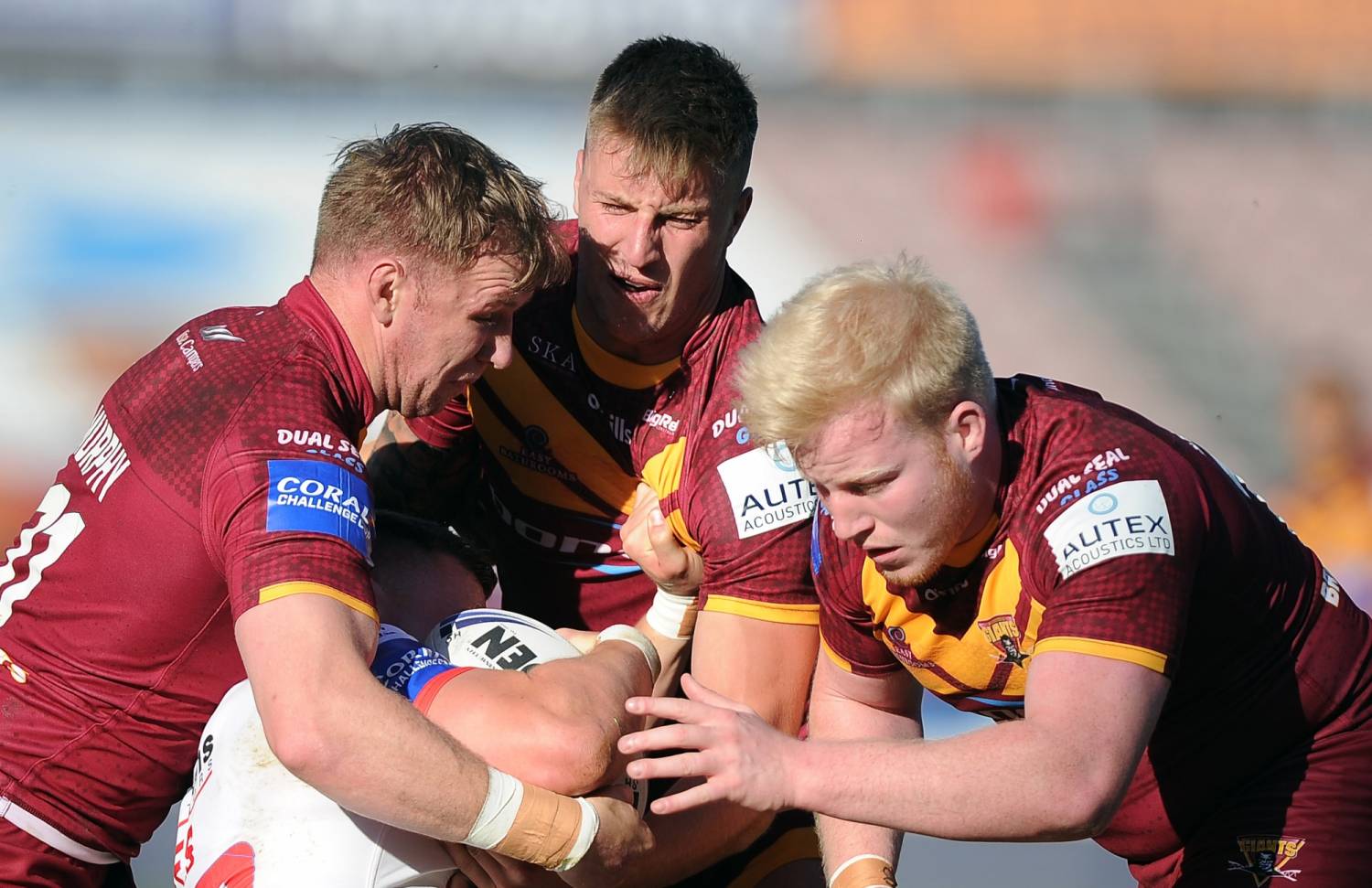 Both sides came into this game hoping to build up a bit of form, but it was the Giants who came out big winners. The Giants were bottom of the Super league table before this game, only winning once before the game.

Tries from Kruise Leeming, Oliver Roberts and Darnell McIntosh gave the hosts a 20-2 first half lead. Lee Gaskell kicking three goals as well as adding a penalty. Ryan Shaw had given the Robins the lead with a sixth minute penalty.

A second Leeming try was followed by a duo of tries by winger Jermaine McGilvary. Weller Hauraki scored the visitors’ first try in the 63rd minute before Suaia Matagi scored five minutes from time. Gaskell kicked three of his four second half goals, whilst Shaw kicked his only one.

This encounter was full of drama as both sides needed a win to boost their chances of playing Super League rugby in 2017, as the two sides met in the middle 8s.

Ryan Brierley opened the scoring in this game in the 5th minute, Maurice Blair responding for the hosts eleven minutes later.

The Giants then went on a scoring spree. Leroy Cudjoe added the second Giants try, shortly before Brierley added his second. Ben Cockayne was then sin binned for the Robins, one minute before Aaron Murphy then added a fourth try for the Giants just before half-time. Danny Brough kicked three of four goals, whereas Josh Mantellato missed his only attempt of the half, as the Giants went in 22-4 up at the interval.

The Robins fought back in the second half. Ken Sio scored their second try of the game. Mitch Allgood then added another for the hosts. Iain Thornley then completed the comeback, as the scores where locked at 22-22 with 20 minutes left. Mantellato converting all of the second half tries.

There was to be late drama though. Danny Brough kicked a 73rd minute drop-goal to confirm his sides 2017 Super League place.

A few months before the previous crunch encounter, there was another classic at the KC Lightstream Stadium.

Just like the last game, Ryan Brierley opened the scoring in this one in the 9th minute. Matthew Marsh responded four minutes later for the hosts. Jake Connor then regained the Giants’ lead in the 19th minute, before Jamie Ellis added a third Giants try of the half. Ellis converted all three tries, whereas Ben Cockayne converted Marsh’s try as the Giants led 18-6 at the interval.

Similarly, to the first game, the Robins made a second half comeback. Danny Brough opened the second half scoring, kicking a 46th minute drop goal. Albert Kelly scored three minutes to reduce the deficit. George Lawler then scored four minutes later to level the scores. Cockayne converted the two second half tries. He then also converted a 72nd minute penalty which proved to be crucial as the Robins saw the game out to win 20-19.

The two sides played out another close game in June 2014.

Larne Patrick then scored a 12-minute double as he gave the Giants an eight-point lead. Brough converted the second try to extend the lead to ten points, the biggest lead of the night. Hodgson added his second try in the last minute and it was converted by Travis Burns, but it was too little too late as the Giants emerged as 26-22 victors.

The two Yorkshire based sides collided as they played out a thriller in West Yorkshire.

Scott Murrell opened the scoring in this game, to give the visitors the lead, in the 16th minute. Clint Newton added a second try from short range. Michael Dobson converting both scores.

Michael Lawrence then responded for the hosts. Kevin Brown then levelled the scores a few minutes later.

Hodgson then converted a last-minute penalty to rescue a 16-16 draw for the hosts.