MEET THE GIANTS AT EASY BATHROOMS 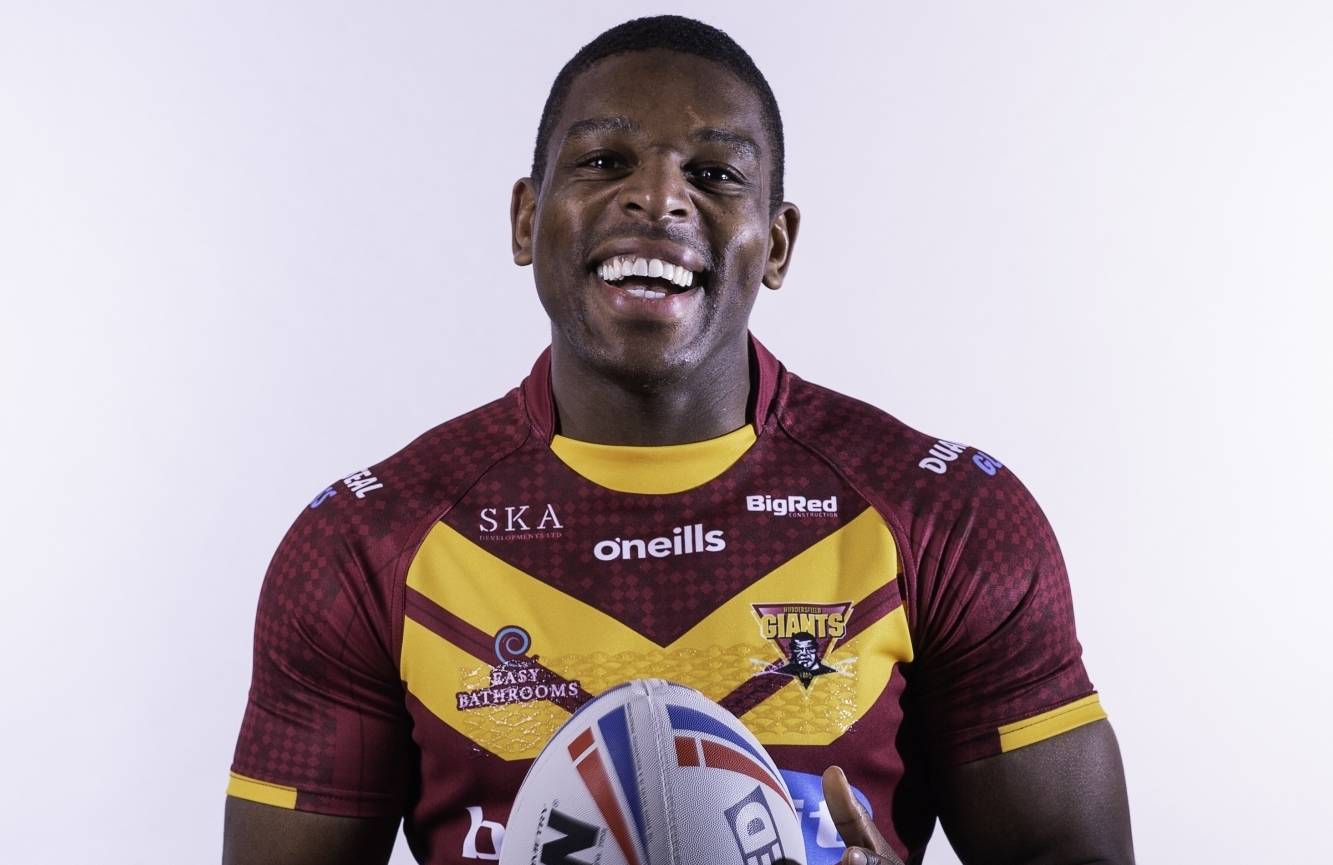 Jermaine McGillvary and Ollie Roberts – two of Huddersfield Giants’ rugby league players – are set to become bathroom sellers for one day only, in a fun event organised by club sponsor, Easy Bathrooms.

On Saturday 22nd June, the duo will take to the counters of Easy Bathrooms’ Huddersfield showroom, where the public will be able to meet the sportsmen and be entered into a free draw to win a number of Giants-themed prizes.

The gifts up for grabs include a 10-person hospitality box at the Huddersfield Giants vs Catalan Dragons game on 12 July, as well as a signed shirt, a signed rugby ball and a summer holiday camp pass for The Zone – the children’s sport facility on Leeds Road.

Easy Bathrooms has been a sponsor of Huddersfield Giants since 2017 and has subsequently chosen to sponsor Jermaine McGillvary’s shirt for 2019. The bathroom retailer is also a partner of the Huddersfield Giants Community Trust (HGCT) – the Giants’ official charity, which supports 200,000 people a year, through its community-based sports coaching.

Commenting on the event, Jermaine said: “Easy Bathrooms has sponsored us for the second year running now, so we’re extremely grateful for the support that they provide us. This event is just another example of how they are committed to giving back to the club and its fans, so we’re more than happy to be involved.”

The players will be at the showroom from 10am-12.30pm. A cupcake stand will also be in-store, raising funds for HGCT.

Craig Holdsworth, manager at the store, said: “We’re really looking forward to what should be a light-hearted, fun event. Jermaine and Ollie will be on hand to give their opinion on bathroom products, to have photos and to pick out the prize winners.

“It’s definitely a family-friendly event and we invite anyone to attend – regardless of whether they need a bathroom or not!”

Jermaine continued: “I have to say, both myself and Ollie recently designed and bought bathrooms from Easy Bathrooms and the quality is brilliant. While we won’t be able to provide technical bathroom advice, we both like to think we have an eye for good design. And thankfully there’ll be experts on hand for the trickier questions!”

Easy Bathrooms’ Huddersfield store is based at St Johns Road, Huddersfield (HD1 5AT), next to Domino’s Pizza and around the corner from Tesco.