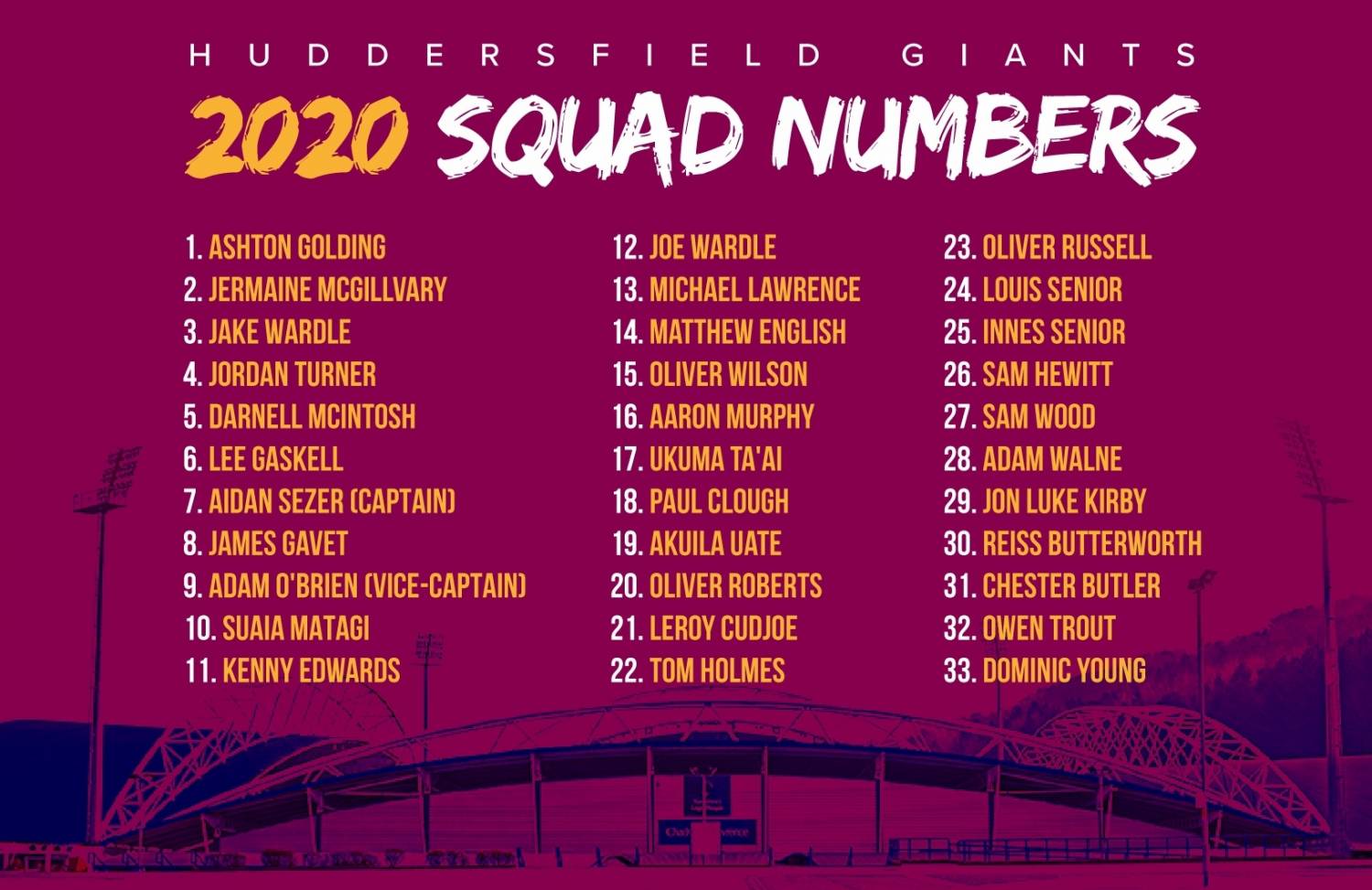 Huddersfield Giants have revealed their Squad Numbers for the 2020 Season

Woolford said: "The Squad Numbers represent a really difficult decision for us. We have to take into account the past, present and future of the club.

"Ashton Golding has taken the Number 1 shirt, but we feel Darnell McIntosh and Ashton Golding will compete for the position throughout the year. Despite this, the numbers indicate the way we thinks the side will line up at the start of the year.

Woolford also provided details on awarding the Number 3 shirt to 21-year-old Jake Wardle: "The decision was two pronged. One was to reward Jake and to take pressure of Leroy and allow him to come back when he's ready without any extra burden and the constant questions about his return. Similar decisions were made about Clough and Aku, as these players have spent significant time in rehab in pre-season, and we thought it was the fairest way to go.

Woolford was full of praise for young Matty English, who he says has improved massively in pre-season and has been rewarded with the Number 14 shirt.

"Matty English nearly earned himself a starting jumper, he's been great in the pre-season I believe he's come on a long way, he'll play a big part in our team this season and we feel the sky is the limit for him."

"We feel comfortable with the way we've gone. There's always going to be disappointed guys, but at the end of the day, it's just a number and it's going to take an effort from the whole 33 this year to get to where we want to be in 2020"