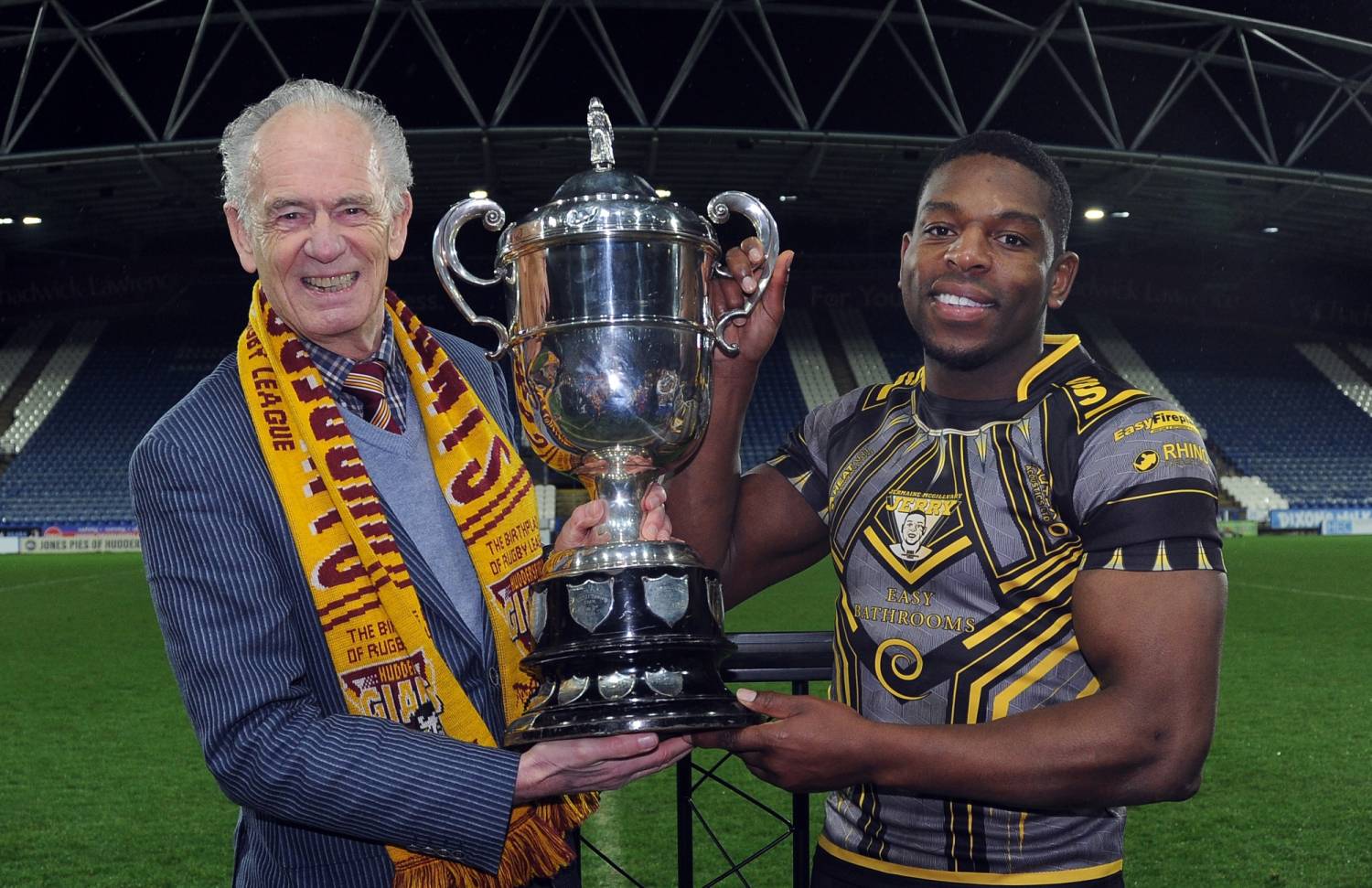 Huddersfield Giants made an assured start to their 2020 Season with a comprehensive 42-6 win over Halifax RLFC in a match celebrating Jermaine McGillvary’s 12-year career with the club.

The Giants set the tone early on, as Jordan Turner walked through the Halifax defence in the 4th minute, Sezer converting to make the scores 6-0.

Turner crossed over again in 8 minutes later, finishing off a hypnotic move that saw Adam O’Brien release the centre to dive on a well-placed kick. Sezer made it two from two to make the scores 12-0 with 12 minutes of the game gone.

Ashton Golding scored on his first start for the club six minutes later, ghosting through a gap to make the scores 16-0, with Sezer continuing his 100% record with a third kick from three attempts.

The combination on the right edge made good again in the 24th minute, as Jerry himself found the path clearing for an excellent move, making the scores 24-0 after another conversion by Captain Aidan Sezer, with the scores remaining as such going into the break.

The Giants returned to the field a man down after half-time, attempting to practice their 12-man defence for the first ten minutes of the second stanza. In the 51st minute, the visitors touched down for the first time, with Jodie Broughton managing to cross over from a well worked move by the Championship club.

The Claret and Gold soon got back in the groove, however, as a no-look kick towards the centre ping-ponged around a series of players underneath the Halifax sticks, eventually finding debutant Owen Trout in front of the whitewash to score. Russell took over kicking duties and added the extras to make the scores 30-6.

Huddersfield then opened the flood gates in the final few minutes, beginning with an outstanding effort from Jordan Paga to sell three men short and dance over the line, finishing with a well taken score from Darnell McIntosh to make the final score 42-6.