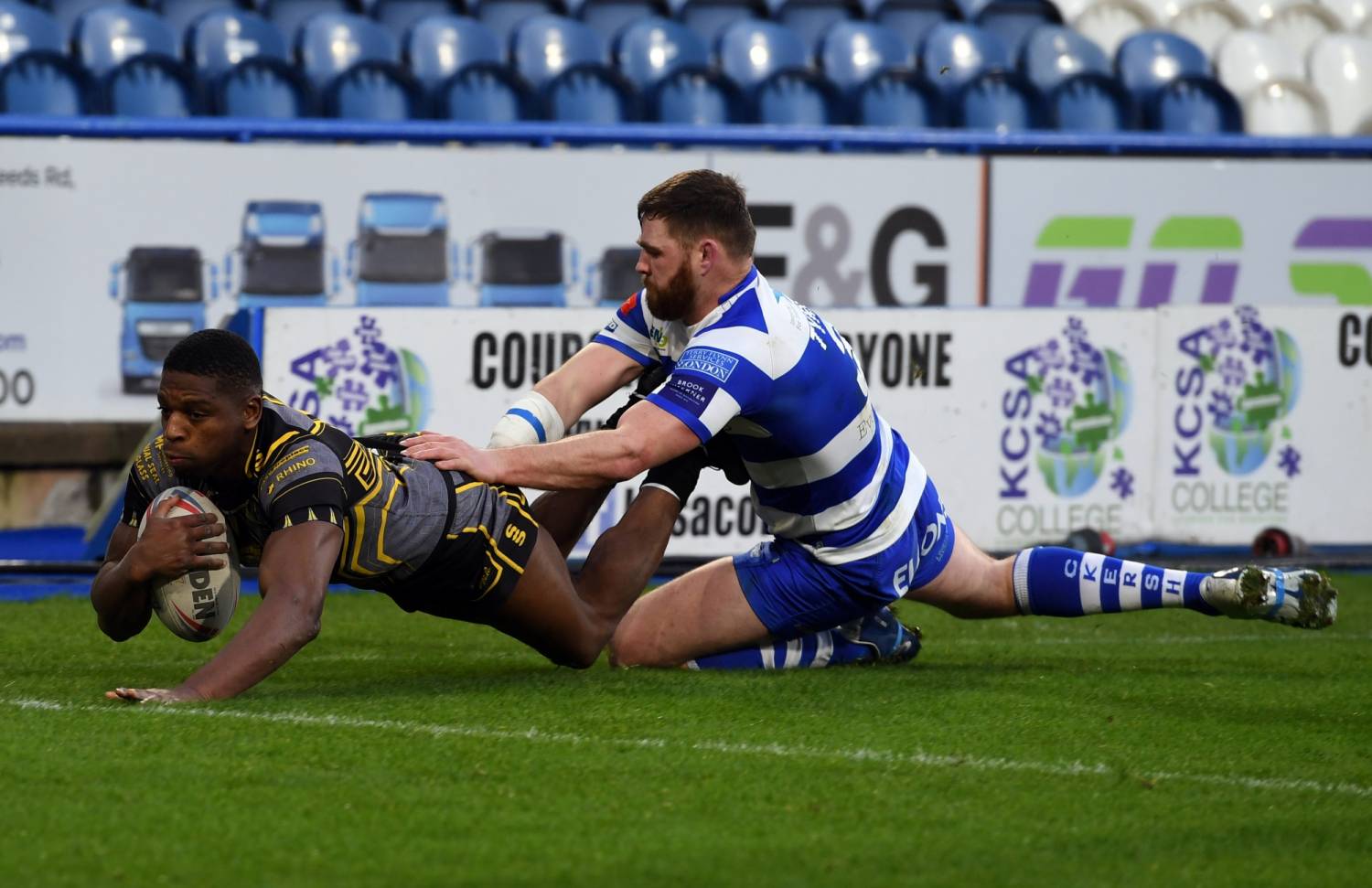 All the things we learned from the Giants opening victory of 2020, against Halfiax

Huddersfield began their 2020 campaign in style with a 42-8 victory, featuring a double salvo from Jordan Turner and tries for Jermaine McGillvary, Jordan Paga, Owen Trout, Ashton Golding and Darnell McIntosh in a game celebrating the career of Jermaine McGillvary. Fans got the chance to see new signings Aidan Sezer, Owen Trout and Ashton Golding for the first time in the Claret and Go- well, actually it was more of a grey homage to Black Panther.

With many of the Giants first-teamers on show for the first time since the end of last season, and debuts for Ashton Golding, Owen Trout and Aidan Sezer - here's what we learned from our successful retaining of the Infirmary Cup

Combination Game strong for the Giants

After last season, one of the major takeaways from our campaign was the lack of attacking verve in the team - most noticeable in the twin duck-egg games against Leeds and Castleford. The turnaround that the recruitment of Aidan Sezer promised, better attacking structure, more creativity and better access to clear line-runs was evident in the first half, with Jordan Turner's second try; a lovely, well worked run around that freed Adam O'Brien to put the centre into space, a clear indication that the Giants have the ability to throw the ball around and create chances in 2020.

Right levels of cut and thrust

With three of the tries coming down the right edge, the Wardle-Turner-McGillvary axis looks like it could be a key one for the Giants in 2020, with Turner and McGillvary's dovetailing particularly well, with some exciting touches from the two. Turner took his double-salvo particularly well and Wardle performed well on the other-side of the ball, contributing some big defensive plays. With Kenny Edwards set to join the opposite flank, with Darnell McIntosh and Jake Wardle, both edges look effervescent coming into the new year.

He shoots, he scores

Aidan Sezer provided much of what we sought to see from him in the Infirmary Cup, but one addition that we really needed off the back of 2019 was the reliable goal-kicking. He delivered that yesterday, hitting four goals from the touchline with another three dutifully converted by Olly Russell. Seven from seven - an extra 14 points from the tee and that kind of accuracy will be crucial should we have another tight Super League race like last year.

The kids are alright

Well, if you didn't know about Jordan Paga, you certainly do now. His solo effort, a fine run that saw him dance through the Halifax defence, showed the promise of the youngster who earned many plaudits in the Academy in 2019. It wasn't just Paga, either. Matty English and Oliver Wilson looked hungry, Darnell McIntosh looked clinical from the wing and had an excellent stint in the second half at Number 1 and Reiss Butterworth showed great promise. It looks like we're in for another youthquake in 2020, too.