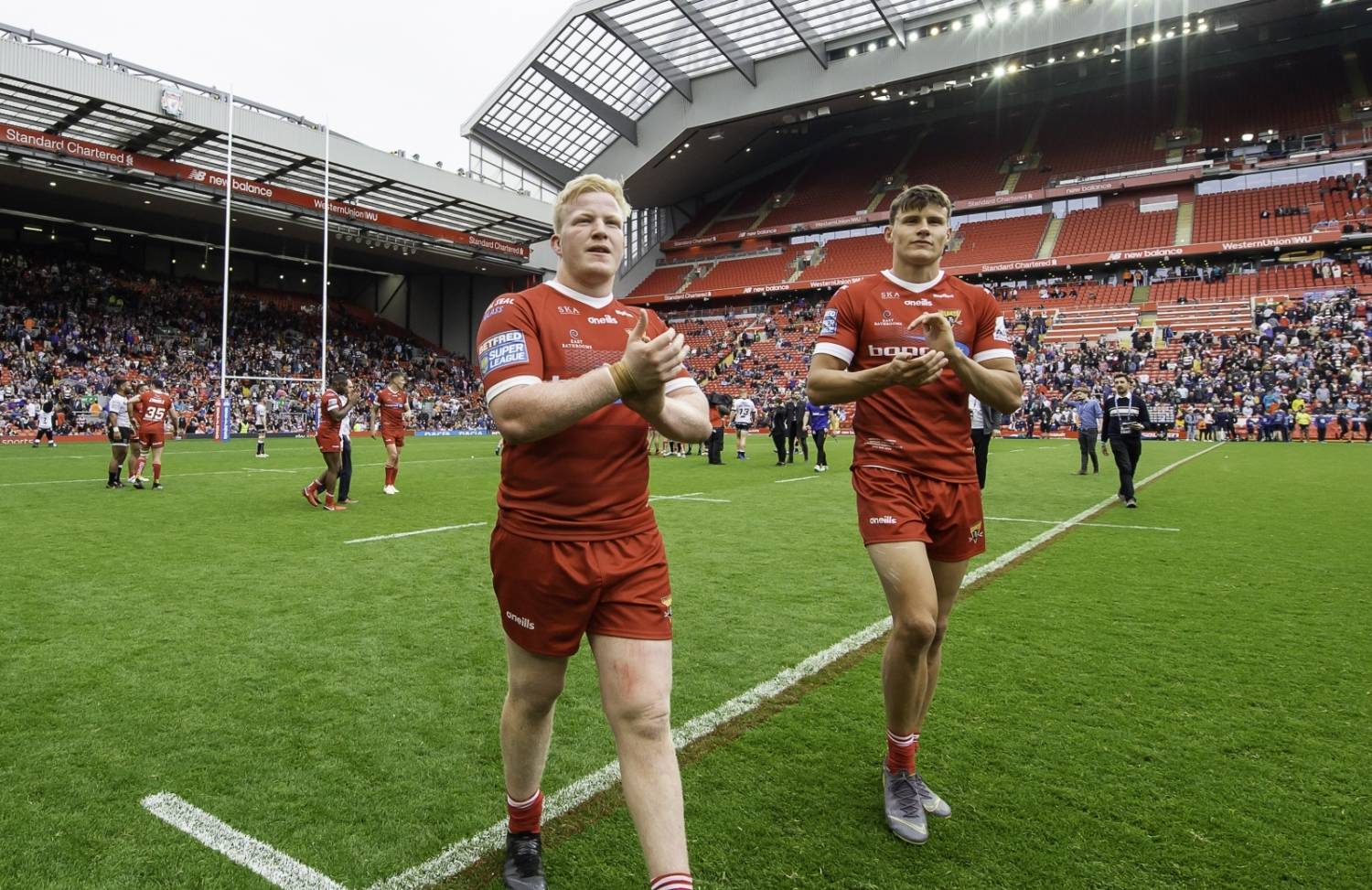 We look at our best 5 Magic Weekend performances

The first entrant on this list comes from the very first Magic Weekend, 13 years ago.

Despite Stephen Wild grabbing himself a brace in this game, supported by tries from Chris Thorman, Robbie Paul, Jamahl Lolesi and Martin Aspinwall, it was Brad Drew who grabbed the headlines.

To say this result was an unexpected one is doing the word “unexpected” a huge disservice.

Giants came to Anfield after a terrible start to the season but hoping they could make it two wins in two weeks after victory against Hull KR a week before.

From the moment Joe Wardle crossed to score Huddersfield’s first of the day, Giants never looked back and once again, at Magic Weekend, put in their best performance of the season.

The manner of victory was a hugely impressive one and was a memorable day for fans and players alike, especially for boyhood Liverpool supporters Adam O’Brien and Jermaine McGillvary who both scored at the Kop End.

Huddersfield’s last performance at Magic Weekend was also their most impressive in the thirteen years of the event.

Although this game was overshadowed by a Magic Weekend classic between Bradford and Leeds just a few hours later, this win helped Giants lift themselves away from the struggling sides at the bottom of the table.

Wins over your local rivals are always sweet but victory against them at the inaugural Magic Weekend will forever line the history books.

Super League opened at Cardiff in 2011 and Huddersfield and Warrington did battle in the very first game.

Their season could barely have gotten off to a worse start however as they fell behind to the Wolves after just four minutes.

However, Huddersfield, inspired by Danny Brough, rallied to come back and win by ten points to put them, albeit temporarily, top of the Super League table.

If anyone had doubts about Huddersfield’s title credentials, they were blown away after a complete performance at the Etihad Stadium.

After going ahead inside ten minutes, Giants never relinquished control and took an 18-0 lead into half-time.

However, all that did was ensure they came out and climbed into another gear with a pretty flawless second half, only blemished by one score from Jamie Foster.

Head Coach Paul Anderson after the game said: “Our performance was workmanlike, and we created a lot of chances. Every time we decided to be direct, we created havoc.”

The first clash between Saints and Giants at Magic Weekend was a memorable one for the Claret and Gold.

There aren’t many times in any season that St Helens will concede almost 50 points, especially against the team who finished rock-bottom.

Well, in 2016, that is exactly what happened. In a season of very few on-field highlights, once again, Magic Weekend gave Giants fans something to cheer.

A brace from Jermaine McGillvary, and three tries in a seven-minute period, gave Giants a 34-6 lead, setting the platform for a memorable win in the North East.

Get your Magic Weekend tickets today!