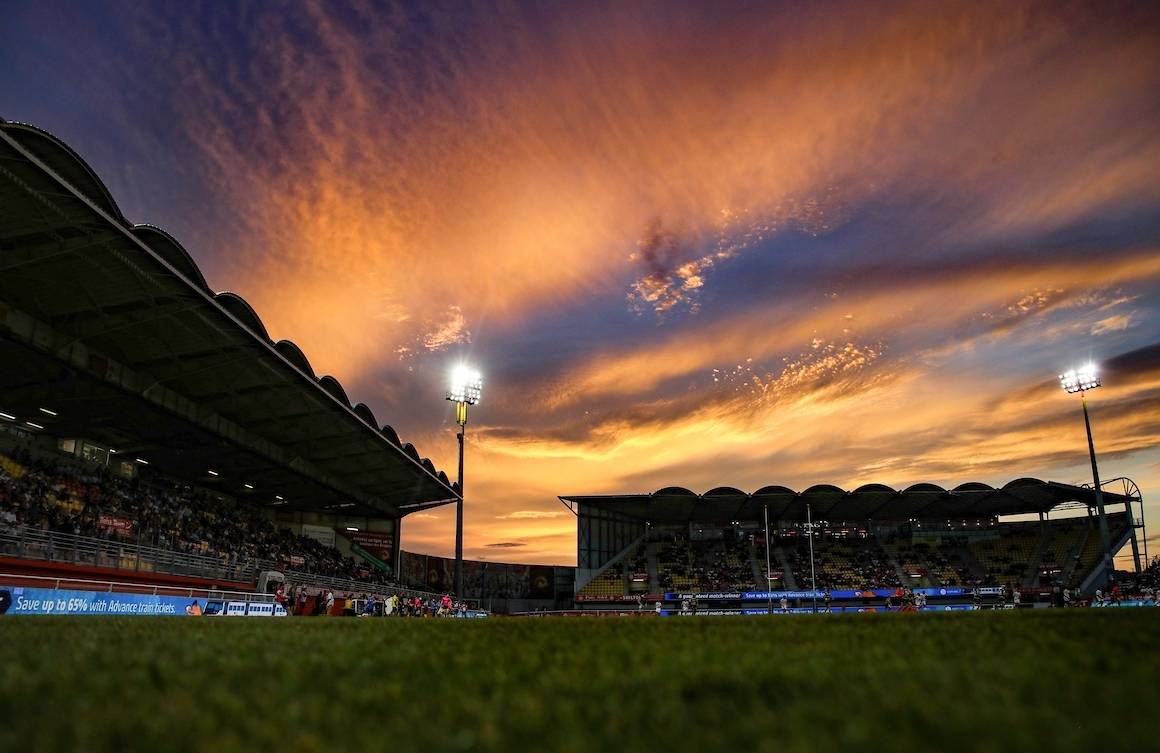 Huddersfield brought Louis Senior into the starting line-up, replacing Sam Wood in the wing slot in a refreshed side from the 32-18 Magic Weekend defeat against Wakefield Trinity. Olly Russell and Jack Cogger partnered in the halves as Will Pryce was benched after 11 straight starts.

The Giants and Les Dracs spent the first 10 minutes of the game feeling each other out, trading sets on a dry Stade Gilbert Brutus pitch. That momentum was ended in the 11th minute, when Chris McQueen was put on ice for a high-tackle, with referee Tom Grant wasting no time in dishing out a yellow card.

Catalans would take full advantage seven minutes later, as James Maloney would release Matt Whitley with a tremendous touchline to touchline kick, before converting the try to give the League Leaders an early lead. The hosts would find their lead doubled 5 minutes later, as Matthieu Laguerre found space after spinning his way out of a tackle to score, Maloney providing the extras again.

Another cross-field kick would expose the Giants edge defence a few minutes later, as Romain Franco would set up Matt Whitley for his second of the evening, Franco tipping the ball down to his centre for an easy score. Maloney would notch another conversion and with 15 minutes of the first half remaining, Les Dracs would have an 18-0 lead.

Huddersfield would hit back though through Josh Jones, who managed to find a lane and stroll in for his second try in as many games. Russell added the extras from in front of the posts and the Giants reduced the lead to just 12 points.

That lead would half with just under a minute left on the first half clock, as Louis Senior profited from a tip off from Ricky Leutele to score as the clock ticked on the first half of the game. Olly Russell was once again able to add the extras, and the Giants went into the sheds for half-time with a six point deficit on the scoreboard.

Huddersfield would wait 11 second half minutes but would find themselves cutting the difference between the two sides to 2 points, with Jack Cogger finding the gap and touching down. Russell went three-from-three to tie the game up and the Giants after 52 minutes of the match were level for the first time.

It would go from good to great for the Giants on the subsequent set, as Olly Ashall-Bott would give Les Dracs' defence the slip to slalom his way over the line under the posts, with Russell converting again to go four-from-four on the day.

With 10 minutes remaining in the game, the Giants drove home their advantage with a short-range bullet run from Matty English, who crossed over slap bang in front of the posts to extend Huddersfield's lead to 10 points, soon to be 12 as Olly Russell added the extras for the fifth time on the night. That would be the final nail in the coffin for Catalans, who lost at home for the first time this season.