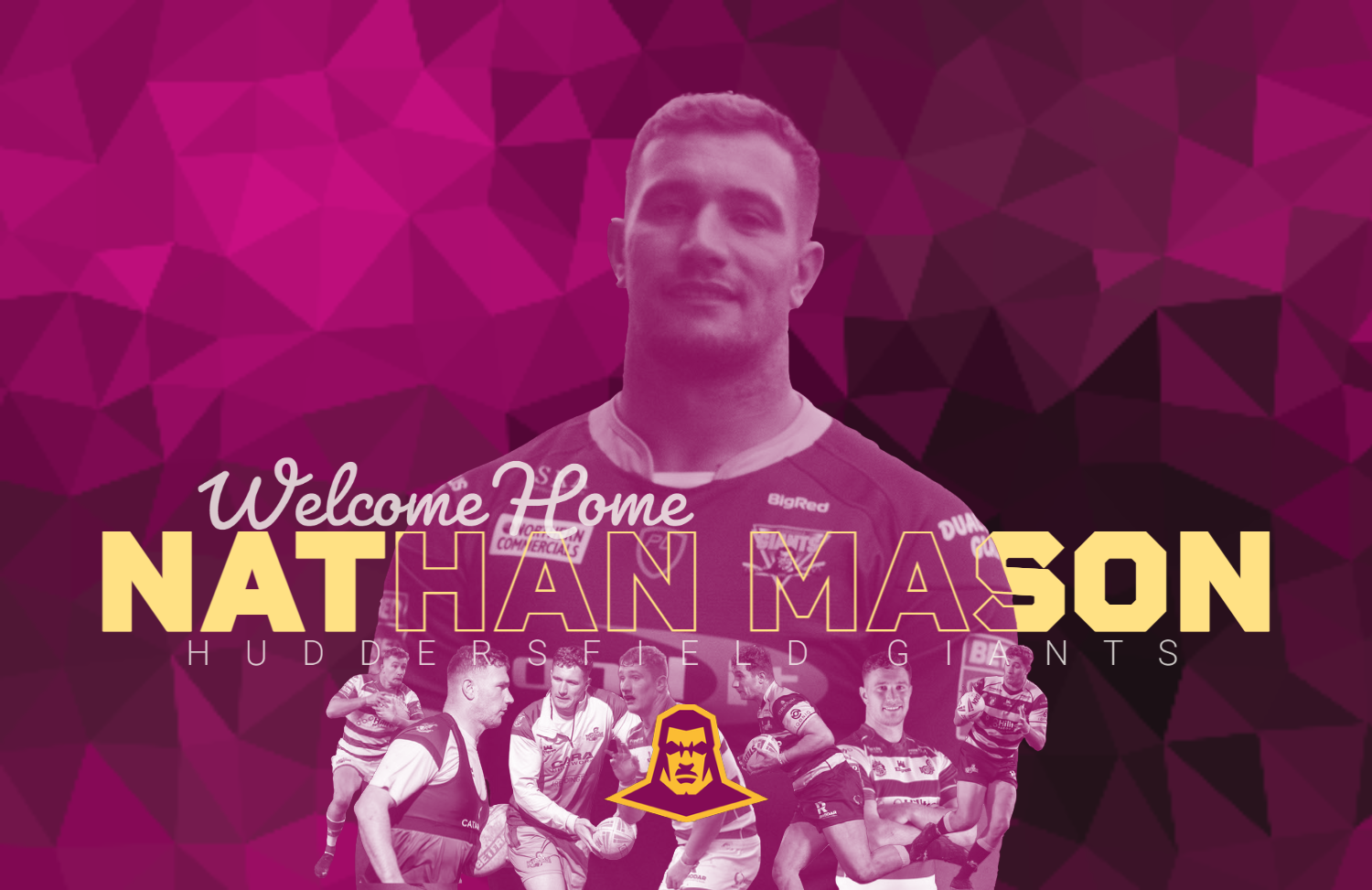 Huddersfield Giants have added to the depth of their forward pack for the 2022 Bet Fred Super League season with the signing of Nathan Mason on a one-year deal. The 6’4”, 115kg prop-forward returns to the club where he made his Super League debut after spells with London Broncos and Leigh Centurions, where he notched up 16 and 10 Super League appearances respectively.

Huddersfield Giants Head Coach, Ian Watson said: "He knows the club and he's been here before. We're proud of our young guys coming through but Nathan's gone about it in a different way - he's gone away and learned and now returns a better player. His desire to play and his desire to represent the Giants is a big plus for us.

"He's coming back to us having developed into a guaranteed Super League Player. Because he knows the club, he'll want to play for the shirt and that's the kind of player we want to build the club on and have as an influence on those younger guys. Bringing Nathan Mason back will show players in the Academy that even if you do go away, we'll keep an eye on you and you can come back if you work hard.

"He's developed physically and he's a really big forward. He's big, he's got a change of pace. He's able to put pressure on the half-back as well, which is important for those middles. He's developed his game smarts as well, and he's got strength and size."

Nathan Mason said: "I'm excited to come back, there's a lot of lads still here from when I was still here so it feels like coming back home.

"I've matured a fair bit, I've learned a whole lot and I'm coming in to prove a few people wrong. I've spoken with Ian Watson and Greg Brown and I'm excited to work with the two of them. It's the first time I've worked with him, I'm really excited."