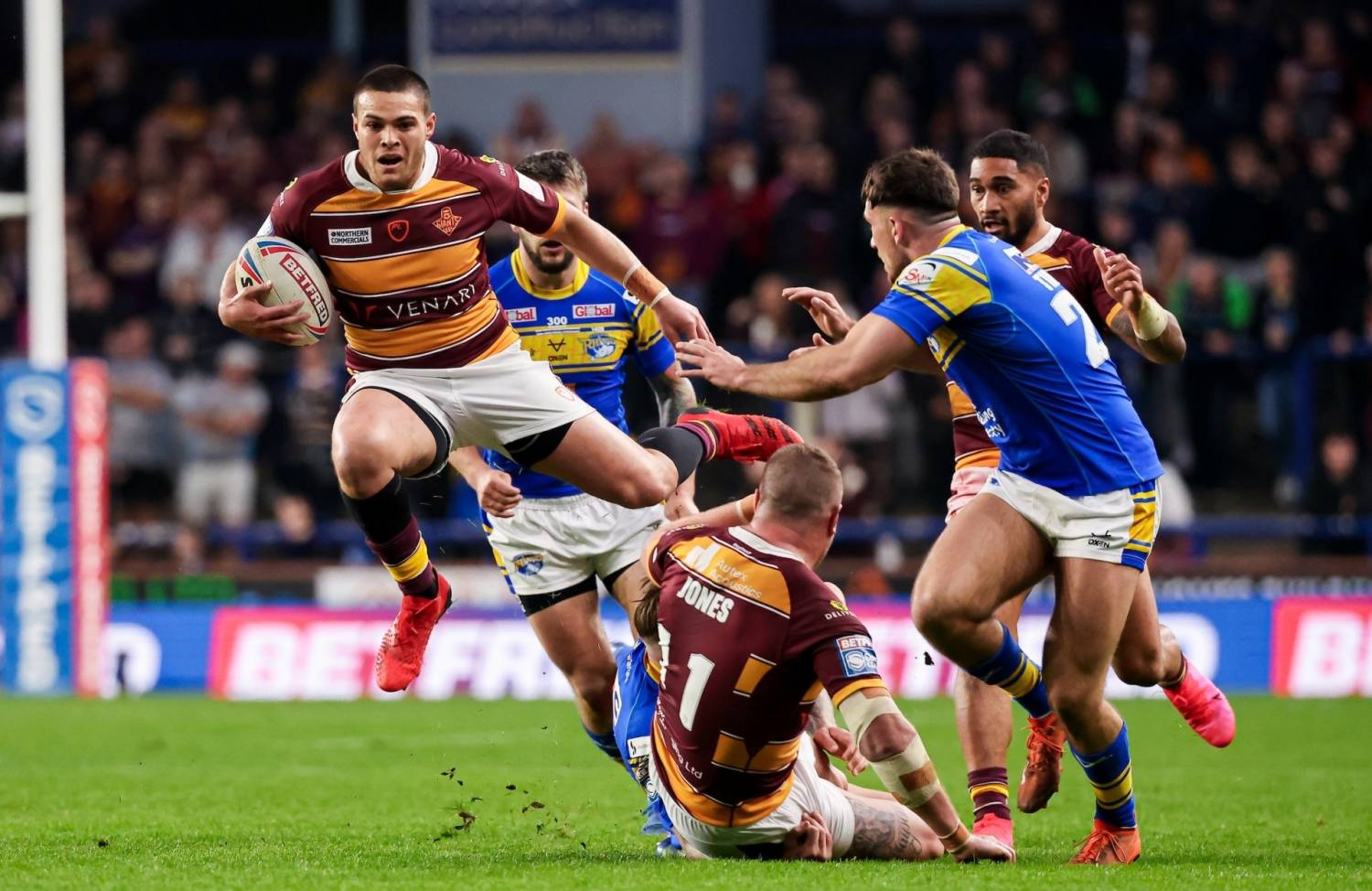 Huddersfield Giants played an enthralling Easter Thursday draw with Leeds Rhinos thanks to a magnificent final second try from Innes Senior at Headingley in the Betfred Super League.

Huddersfield got off to a fast start, winning a penalty in the seventh minute, but pushing the effort wide, and finally scoring in the tenth minute through Jermaine McGillvary. Tui Lolohea failed to add the extras and pulled the conversion wide. The hosts were able to get a head of steam on the back of a set restart, and were able to get over the line courtesy of Liam Sutcliffe to level the scores before Rhyse Martin added the extras to see the Rhinos retake the lead.

With fifteen of the first half remaining, the home side were able to build pressure with a back-to-back set on the Giants line, and the pressure told with Rhyse Martin crossing over for the Rhinos, but his attempted conversion struck the post and bounced out, leaving the Giants deficit at just six points. A penalty as the buzzer sounded for half-time from Rhyse Martin would lock the half-time scores at 12-4, an eight point deficit for the Giants in this Rivals Round game.

It would take the hosts 8 second half minutes to get their first points of the period, with Martin once again adding two points from the boot to extend the hosts lead to eight points from bang in front of the posts.

The Giants would strike back in the 55th minute courtesy of Ricky Leutele, who was released after a magnificent run from Jack Cogger to open up the Rhinos defence. Lolohea got his first conversion of the day to narrow the gap to four points, and give us a tense contest at Headingley.

The hosts would get over through the centre of the pitch five minutes later, however, as Morgan Gannon crashed over despite a hefty defensive effort from Josh Jones. Martin would once again add the extras in front of the posts, and the hosts ten point lead was re-established.

The Giants had opportunities and plenty of pressure on the Rhinos line to close the gap, Leroy Cudjoe had the best chance for the Giants, being held up over the line with 8 left on the clock.

But the Giants wouldn't be finished there, scoring twice in the final five minutes, courtesy of Luke Yates and in the final seconds of the game, through Innes Senior, who scored a fabulous try in the corner to level the game with the hooter gone. Tui Lolohea pulled the conversion left of the post, and the game would head for ten more minutes of Golden Point action.

Golden Point, however, still wouldn't separate the sides, and after ten minutes of enthralling action, the Giants would go home with an Easter Thursday draw from Headingley.