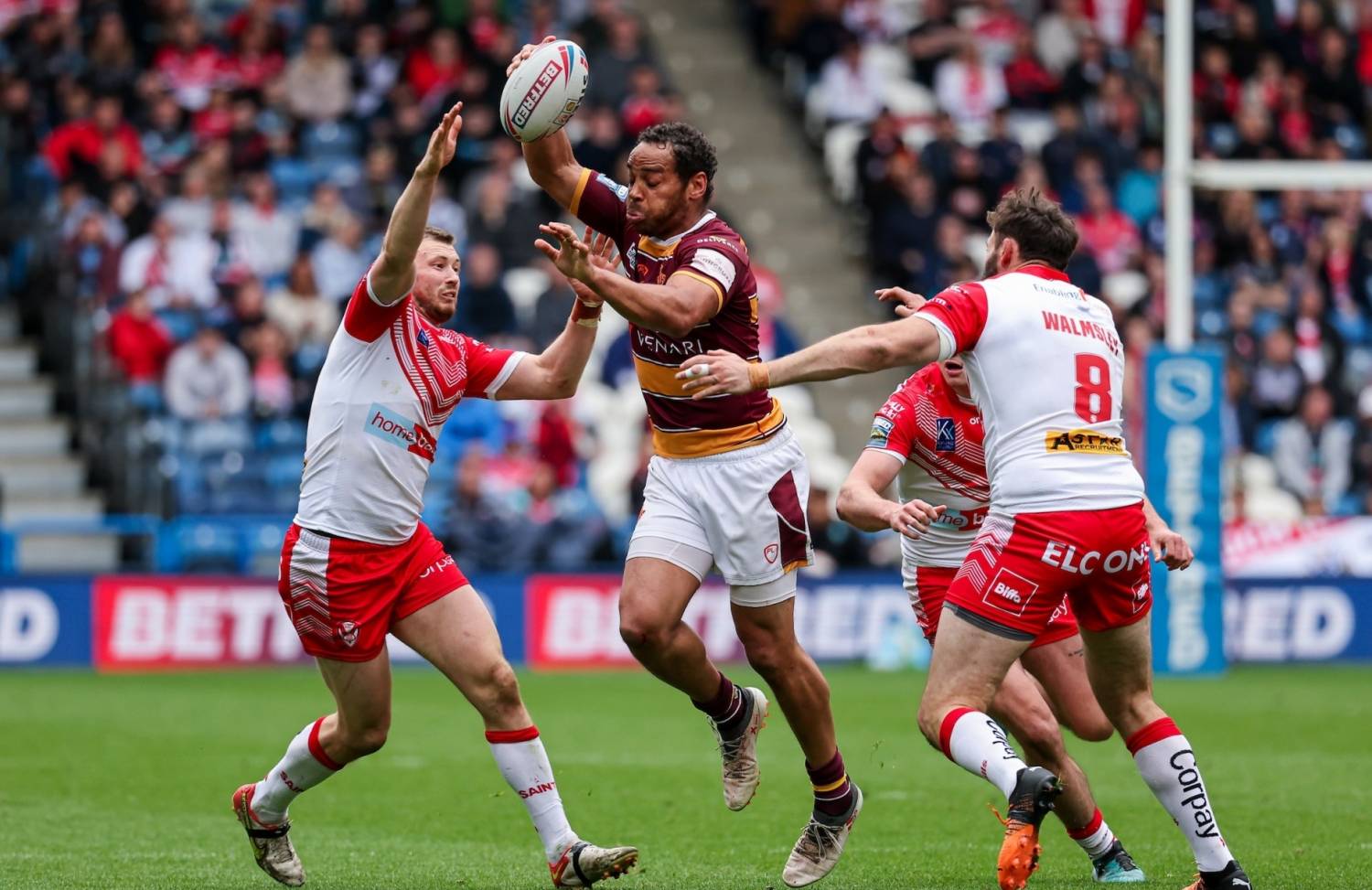 Huddersfield Giants produced a spirited Easter Monday performance as they were narrowly defeated 24-12 in the Betfred Super League.

Konrad Hurrell makes the first break of the game in which Saints capitalise. The ball is eventually spread wide left to Jonathan Bennison.

A stop starts ten minutes followed as both sides were penalised and Joe Greenwood was forced off for a head assessment. Both sides were up for the arm wrestle waiting for an opportunity, Hurrell thought he’d recreated the play that started the opening play, but the Tongan couldn’t find Makinson.

Huddersfield thought they’d found they’d levelled but Jack Ashworth couldn’t quite stretch out his arm over the whitewash. Less then sixty seconds later O’Brien and Ashworth both leave the field equating to three HIA assessments in the first 20 minutes.

The Giants pressure finally pays off as Jack Welsby offloads on his own goal, but it finds Huddersfield hands. A clever step from Lolohea who spreads it wide to Cudjoe who puts Ashton Golding in the corner. Oliver Russell perfectly slots the ball through the sticks. The reigning champions struggled to make metres until they’re given a penalty on halfway.

The Saints then turn on the heat as they force Huddersfield to defend 3 sets on their own own line. They elect to take the two points at the end of this pressure. Makinson converts putting the scores at 6-8. Late contact on Oliver Russell allows the Giants to take the two points. 8-8. The last play of the half is Tuli Lolohea unsuccessful drop-goal attempt sees the sides level at Half-time.

The Giants were penned back early in the second half but a good read from Leroy Cudjoe puts him away, but Golding is eventually put into touch. Back-to-back relentless St Helens pressure eventually tells as Mark Percival crashes over the line. Saints look nailed on for another try but the balls fall to the floor and Tui Lolohea opens his legs and goes 80 metres to score. Russell can’t add the extras from out wide.

Like the first half both sides are happy to fight it out down the middle, Huddersfield spread it wide, but Innes Senior is forced into touch. On the back of this Saints run the same play that saw Percival score this time Joe Batchelor is the man to stretch out his arm.

A spiralling bomb from Jack Cogger gave Huddersfield a boost causing confusion in the St Helens defence. Back-to-back goal line dropouts reminds Saints the Giants aren’t going down without a fight. Tom Grant says the Giants have crossed and are penalised, St Helens then march up field force an error and Jonny Lomax scores from the following scrum.

The last notable action of the half sees the Giants race up field with some lovely offloads, but they were unable to find Ashton Golding on the wing. Huddersfield put in a good performance but just come up short against a well drilled St Helens outfit.