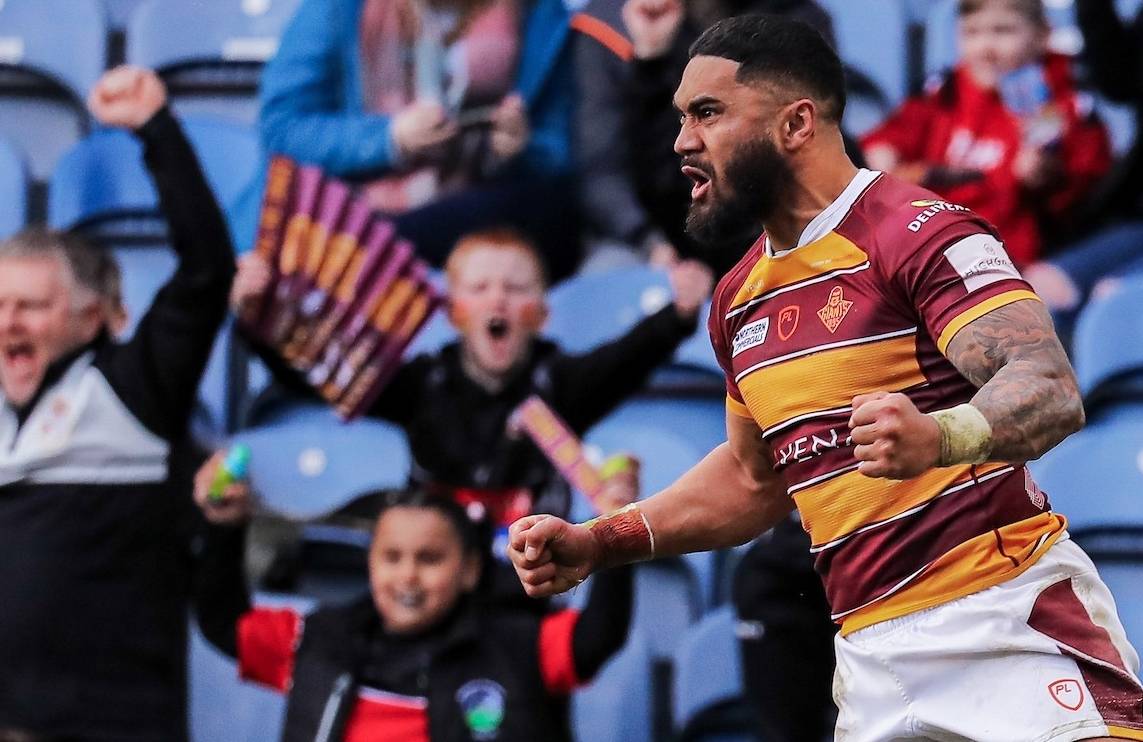 Ellery Hanley MBE has named four Huddersfield Giants players in his squad of 29 players who are currently in his plans following his appointment as Head Coach of the Combined Nations All Stars team who will face England in a Mid-Season International at Warrington’s Halliwell Jones Stadium on Saturday June 18.

Tui Lolohea, Luke Yates, Ricky Leutele and Danny Levi have been named in the squad following their excellent start to the Betfred Super League season.

Hanley, the Rugby League legend who has succeeded Tim Sheens as the All Stars coach following their successful debut fixture against England last summer, has spoken to all of the players, and declared himself “overwhelmed and so impressed” by the level of excitement and enthusiasm ahead of the fixture.

The list has a strong Polynesian flavour, with nine players of Samoan heritage and six from the latest Rugby League powerhouse of Tonga.

The Tongan influence is especially appropriate following the announcement that both England and the All Stars will wear Tonga-inspired jerseys for the match to raise funds for the relief fund following January’s devastating volcanic eruption and tsunami (further details below).

“I’ve spoken to every one of these players personally because I think that’s the way to do things correctly, and I have been overwhelmed and so impressed by the way they have responded.

“It was important for me to talk through the values and qualities I am expecting from them, and the message I got back from them was that they are ready to go – and so proud to have the chance to be involved.

“I also want to make it clear that the door is still open for other players to force their way in between now and June – we know there are going to be injuries, as we have already seen, and hence the reason for naming this large squad, which we will reduce as we get nearer to the match.

“It’s also important for fans and players to recognise the framework we’ve been given to work with, in that no more than six players will be selected for the match from any one Super League club. Some people will raise eyebrows and ask why we haven’t included any of the brilliant St Helens players – for example I’d have loved to include Sione Mata’utia in our squad alongside his brother Peter.

“But we have to recognise that a lot of St Helens players are very important to Shaun Wane’s plans for England this year, so it was more sensible for us to look to other clubs across the Super League.”