Giants battle back from behind to win at Belle Vue 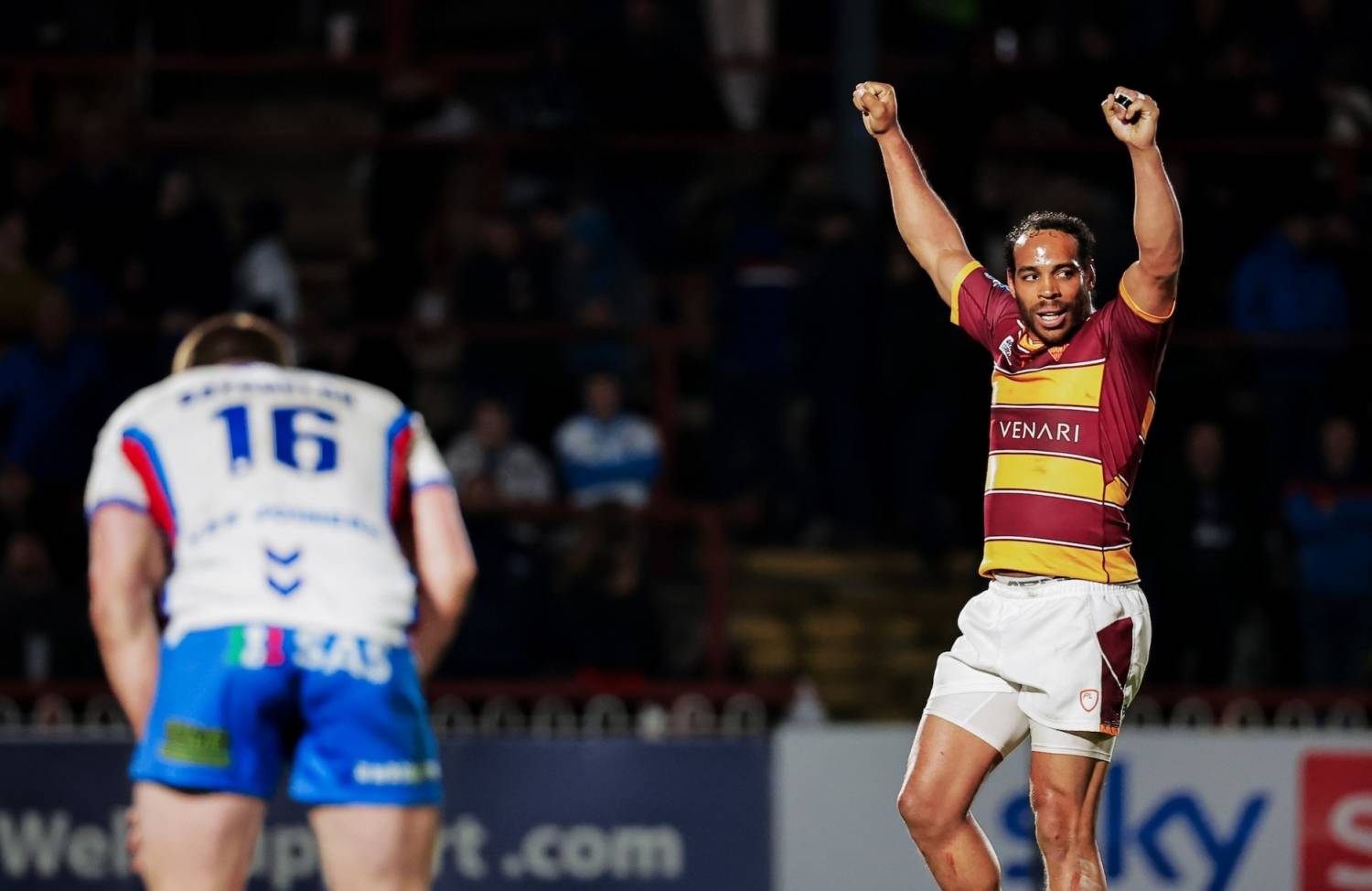 Huddersfield Giants prepared for their Betfred Challenge Cup Semi-Final perfectly with a comeback win against Wakefield Trinity, winning 12-14 at Belle Vue in the Betfred Super League.

The early encounters saw both sides enjoying the arm wrestle down the middle. Until Trinity youngster Lewis Murphy stepped past Innes Senior then Trinity spread the ball out to Johnstone who was deemed to have stepped into touch after intervention from the video-ref.

Both sides struggled to create until a clever 40-20 kick from Jacob Miller and a penalty 10 metres out offered the hosts the perfect opportunity to take the lead through Mason Lino.

The Giants responded well forcing a drop-out and crossing after a short ball saw Chris McQueen bounce over the white wash. Russell was unable to convert from out wide.

Both sides are looking to the sky for their route to the try line but can’t create any dangerous opportunities. The half looked to be heading to a close, but an off-the-cuff play in the closing seconds was finished by Lewis Murphy, giving the hosts a 12-4 lead at the break.

The sides returned from the sheds and it was the Giants who capitalised on a Trinity error and force a drop out 4 minutes into the second half. A Penalty for Huddersfield later in the set resulted in a try, with Luke Yates following in the footsteps of Chris McQueen to barge over from a short ball at the line.

The hosts would put the pressure on Huddersfield line, with the Giants dealing with consecutive sets defending. They eventually turned the tide and turned the screw and to cross once more. A clever grubber from Theo Fages allowed Ricky Leutele to tap the ball down to give the Giants a crucial lead. Russell couldn't land the conversion, but the Giants had their first lead of the game.

The Giants keep the hosts at arms length and stop any real threat being caused to the defensive line to claim a massive 2 points for the Giants, ahead of their biggest game for a decade, the Betfred Challenge Cup Semi Final at Elland Road, next Saturday. Tickets are available here.