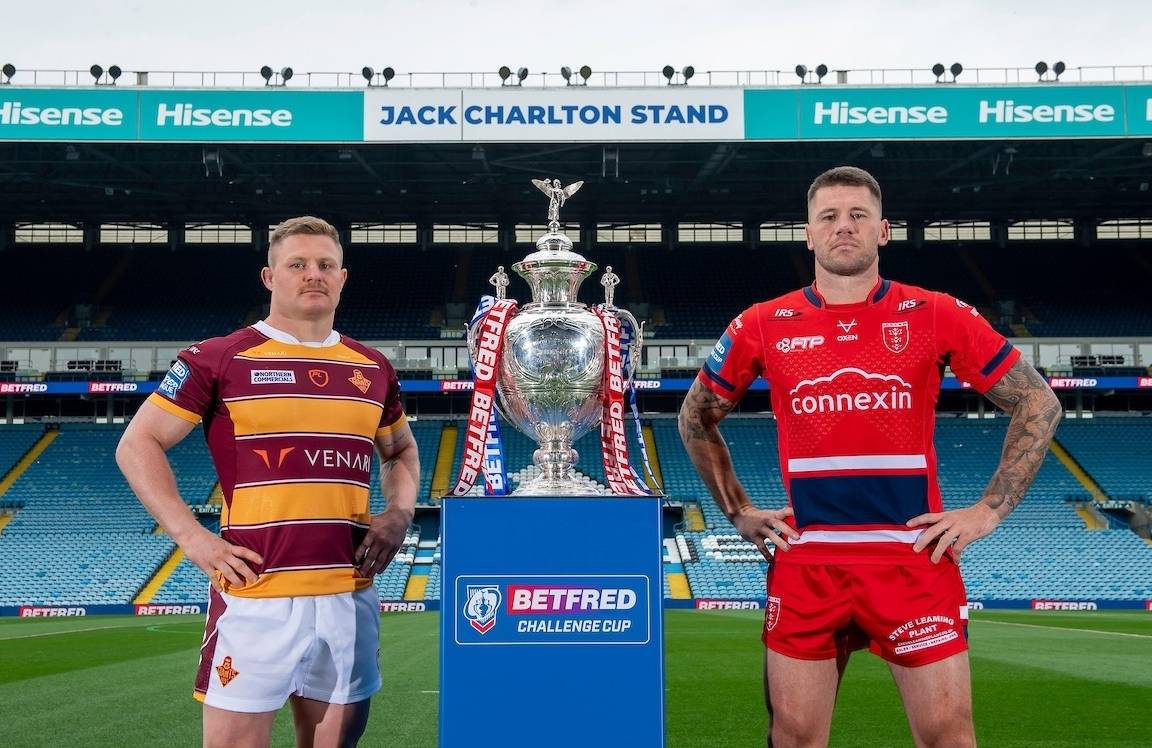 The Giants are looking to get to the Challenge Cup Final for the first time in 13 years with a win against the Robins.

Ticket holders are able to watch all three games with their match-ticket.

Can I bring a Cowbell?

Yes! You are allowed to bring a cowbell to Elland Road and we encourage fans to do so. Flags over 1m² will need to be presented with a fire safety certificate.

Can I still buy tickets?

Yes! Tickets are available for purchase until Friday 6th May via the Giants Online Ticketing Portal, by visiting the Giants Ticket Office Today, 9:00am - 4:00pm or by calling 01484 484159. Get your Semi-Final ticket today and be there for this special occasion.

Huddersfield Giants supporters will be located in the West Stand and South Stand.

There is no concession price for Category 2

How do I get to the ground?

Coaches cannot depart from the Stadium as Huddersfield Town have a home game on this day. The Coach will return to the Bus station 30 minutes after the final hooter of the 2nd Semi-Final.

The station is located at New Station Street, Leeds, LS1 4DY, which is two miles from the stadium. Information on how to get to Elland Road from the station can be found in the Bus section below.

Including the MetroTrain network in West Yorkshire, the railway station offers the following services:

On Saturday 7th May, First Bus are running a shuttle service between Sovereign Street (opposite Leeds Train Station) to Elland Road for the Betfred Challenge Cup Triple Header.

The service is non-stop from Sovereign Street and will run according to the timetable found here.

Arriving at Elland Road by Car

Leeds United is adjacent to the intersections of the M1, M62 and M621. Elland Road on Google Maps: click here

There are a number of Leeds City Council controlled car parks situated around the stadium.

The current charges for parking are; cars £6, mini coaches £12, coaches £20. Street parking is restricted due to resident permits. Disabled parking is available for use by Blue Badge Holders.

The car parks are managed by the Parks & Countryside service of Leeds City Council, and can be contacted by telephone on 0113 395 7400, or via email parks@leeds.gov.uk