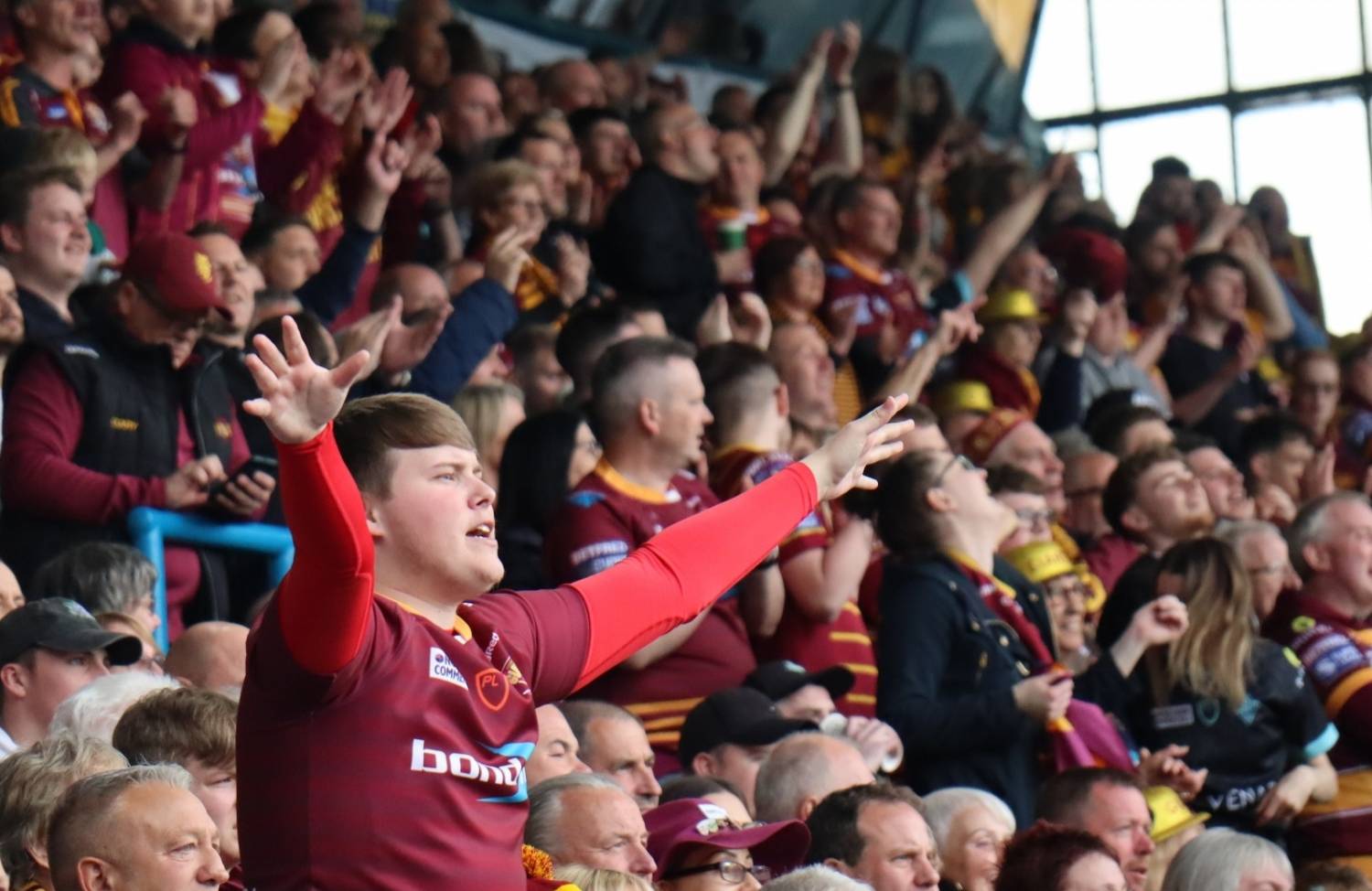 The Elland Road crowd just had time to catch their breath from the first semi-final as the Giants got underway in our first Semi-Final in a decade. Backed by the Cowbell Army who were in full voice the Giants started in fine style with just ten minutes on the clock.

Josh Jones crashing onto a short ball, breaking through the Hull KR defence and scoring under the sticks for the first points 6 point try of the game. Just 7 minutes later Hull KR look to have put their stamp on the game until a cross-field kick found Ricky Leutele managed to offload to Innes Senior, who proceeded to run the length of the field to again score directly under the posts to put the Giants 12-0 going into the half-time period.

Just over a minute into the second half and the Giants were in yet again. Jermaine McGillvary puts his foot down from 40 metres and there wasn’t a single man who was going to stop him, he darted through the Hull KR defence and brilliant crossed with an outstretched arm for a terrific try and another 4 points.

The Giants continued their relentless pressure, and it paid off once more, this time with Owen Trout crashing into the post protector, over the line, and with a scream to the Giants fans got another 6 pointer for the Giants. A short drop-out didn’t go according to plan after Danny Levi spotted the plan, which lead to a Theo Fages drop-goal putting the Giants 25-0 up.

A late Shaun Kenny-Dowall try and a very long video-referee decision didn’t take anything away from the result, and what was an almost perfect day for the Huddersfield Giants who are… Going to the Betfred Challenge Cup FINAL.