Get your Golden Gamble ticket this Saturday! 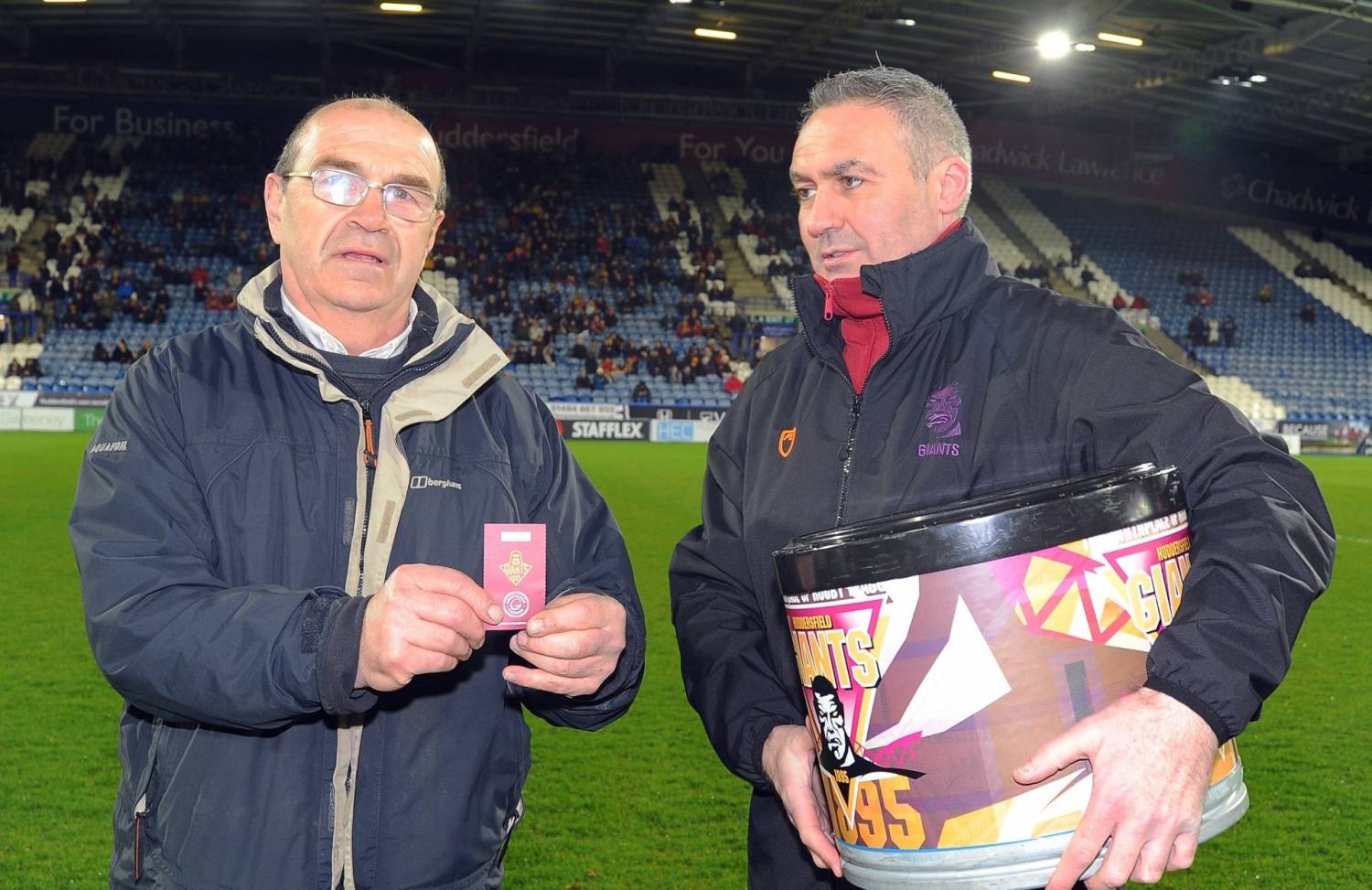 See if you can win your spending money for the Betfred Challenge Cup Final this Friday with Super League's biggest Golden Gamble matchday draw, sponsored by Grosvenor Casino Huddersfield!

Last week's winner received £600 as the Jackpot Prize, and this week it could be you!

Winner receives 50% of ticket sales on the day and a runner-up will receive £50!

This week's draw will be conducted by Gary Senior. Gary signed for Huddersfield from local club St Joseph’s at the age of 18 in April 1982.

His debut was from the substitutes bench on 22 August 1982 against Rochdale Hornets.This was the beginning of 11 seasons in the claret and gold, only away from the club for a two season spell with Hunslet in the mid 1980s where he helped the south Leeds club win the Division 2 title.

Gary was a consistent performer either at Centre or as a tough uncompromising back row forward.

Back at Fartown, Gary was an ever present in Huddersfield’s Division 3 championship winning team of 1991/92 under the irrepressible Alex Murphy.

Gary’s last appearance for the club was in the 26-6 defeat by Keighley in the Second Division Premiership Final at Old Trafford on 21 May 1995.

Gary wore the claret and gold in 246 appearances, scoring 67 tries, 21 goals and a solitary drop goal.