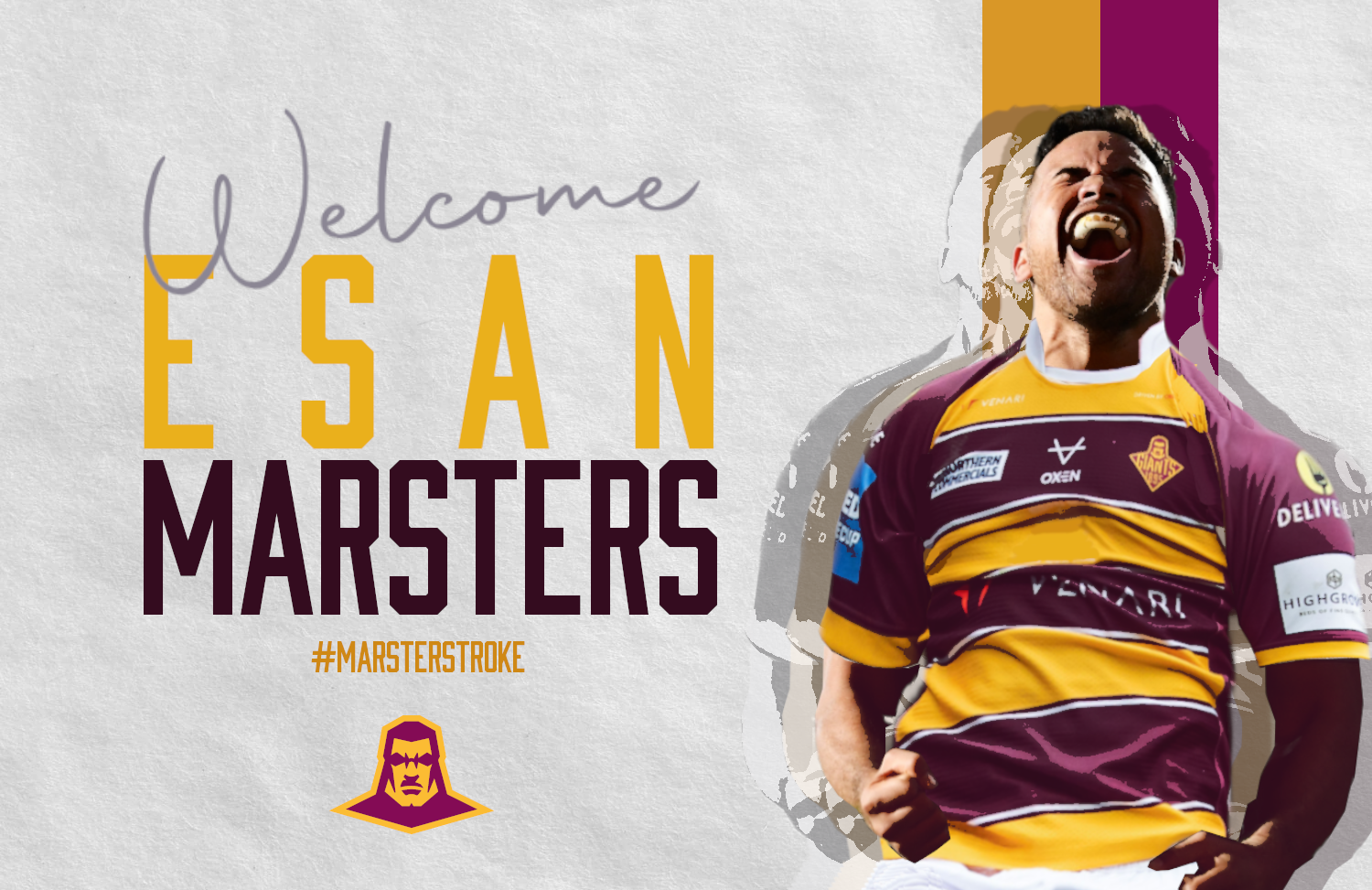 Huddersfield Giants have secured the signing of New Zealand International goal kicking centre, Esan Marsters on a 2 year deal. The 26 year old powerhouse moved to Australia from Auckland and signed with the Sydney Roosters academy. A move to the Wests Tigers was to come and Marsters made his debut in the NRL in 2017 and made 61 appearances for the Western Sydney club over a 3 year period in the same team as current Giant Chris McQueen.

Marsters was described as “a revelation at right centre” and was the top points scorer for the Tigers in 2018 before joining the North Queensland Cowboys in 2020. A spell for the Gold Coast Titans came in 2021 before getting the call from Ian Watson.

Huddersfield Giants Head Coach, Ian Watson said “Esan is an amazing attacking threat with ball in hand but is a player who is willing to do the tough things for his team in defence so will be a huge addition to our squad for 2023. He’s a player I have watched and admired from a far for a number of years now, most memorably watching him tear it up at West Tigers and New Zealand against England in 2018/2019. He’s a player who is equally at home on both sides of the field and has the ability to play in a few positions."

Esan Marsters said: “I spoke to Ian Watson, we had a good conversation, he touched on a few details that are really important to me, speaking about my footy career and how I have been playing in the NRL. It was more so the conversation I had with him and plus Kevin (Naiqama) some of the boys I was with at the Tigers are in the Huddersfield team, so it made a bit easier for me.”

“I am a ball runner, a ball attacker, I’ve been really working on my defence here in the NRL and it’s an area that me and Watto spoke about when we had our original conversation. He spoke about the way he wants to defend and how I fit into that. You know, I have been moving around into different systems so now hopefully this will be a system that I can fit into”

"It’s massive for me, coming over and experiencing what England is like, doing some travelling but also, it’s a great opportunity to concentrate and enjoy my footy in the Super League. You know it is a really tough league, I’ve been watching a few games. Hopefully I can help out wherever I can in the team and build on these last few weeks and months when I come to Huddersfield."