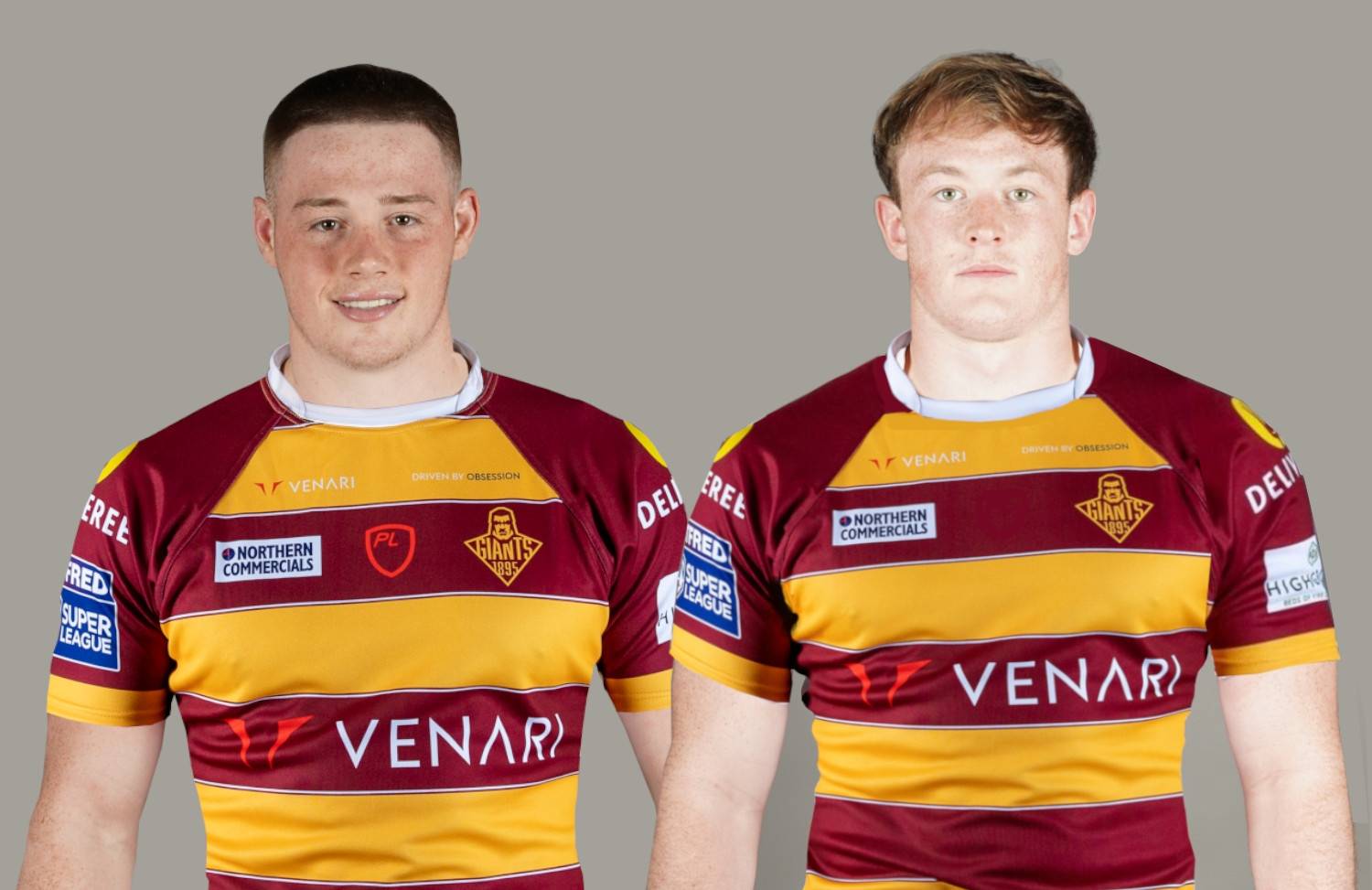 Huddersfield Giants have made a double swoop for two up and coming players in the English game, signing Sam Halsall and Jack Bibby from Wigan Warriors on a three-year deal respectively.

The deal is a swap deal that will see Jake Wardle join the Wigan Warriors. Wardle spent the last half of the 2022 on loan at the Wolves and has made 64 appearances for the Claret & Gold scoring 22 tries in his six years at the club.

Huddersfield Giants Managing Director, Richard Thewlis paid tribute to the outgoing centre: “Jake has been a great player for us having commenced as a scholar and its always sad when longer standing players move on.

"That said he did personally ask for a move to pastures new to freshen up and I think felt he needed a new challenge and it was agreed that we’d try and assist him but that the deal for our club had to be right which Jake respected and understood.

"A number of clubs expressed interest as you’d expect but it was the Wigan club who were able to put forward a satisfactory deal to both Jake and ourselves and we were able to conclude arrangements. We wish Jake every success in the future and look forward to welcoming our new additions when pre-season commences in November.”

Three-quarter Halsall made his debut for Wigan in Round 14 of the Betfred Super League and has gone on to make 17 appearances for the Cherry & Whites, scoring 6 times in his time at the club. He also went on loan to Newcastle Thunder in 2021, making 17 appearances and scoring 14 tries in his time of the North-East.

Prop forward Jack Bibby has been at Wigan Warriors since Under 15 level and captained the Wigan Academy team before featuring in the train-on squad for the Warriors in the 2022 season. He has also made appearances for Oldham & Whitehaven on loan spells in 2021 and 2022 respectively.

Huddersfield Giants Head Coach, Ian Watson said: "Sam and Jack are two very good additions to our 2023 squad. Halsall is a player who has come through every level at Wigan and gained international honours at England Knights, his ability on the wing, at centre to pop up and create or score a try from nothing is there for all to see but what I really like about Sam is how hard he works for the team and his competitive spirit.

"Jack is a young middle and an England youth international who I noticed while watching our reserves against Wigan. His desire and tough physical approach in attack and defence to take on our pack stood out. Jack then made his debut for the 1st team this year putting in a quality performance and being rewarded with a try on his 1st team debut.

"Both Sam and Jack have huge potential in the game and all the Wigan boys I spoke to couldn’t praise them enough about their attitude and desire to want to achieve. I believe the young players we have at Huddersfield along with the new signings will set us up to create the right legacy we as a team and club want to develop here at the Giants."

Sam Halsall said: "It's great to make the move to play for Ian Watson and the Huddersfield Giants. I'm looking to develop myself and get more first-team opportunities and I'm sure that I'll be able to receive some good instruction from the coaching staff over the next few years. I'm looking to become a regular Super League player and I feel that Huddersfield is the best place for me to do that.

Jack Bibby said: "I'm excited to start and make the most of my time at Huddersfield, it's an excellent club that has a track record of developing younger players, and with my experience at England Youth level and in the Reserves and Championship, I'm excited to give all I can for Huddersfield. After my first-team debut for Wigan this year, I want to keep developing and get more experience of action in the Betfred Super League."