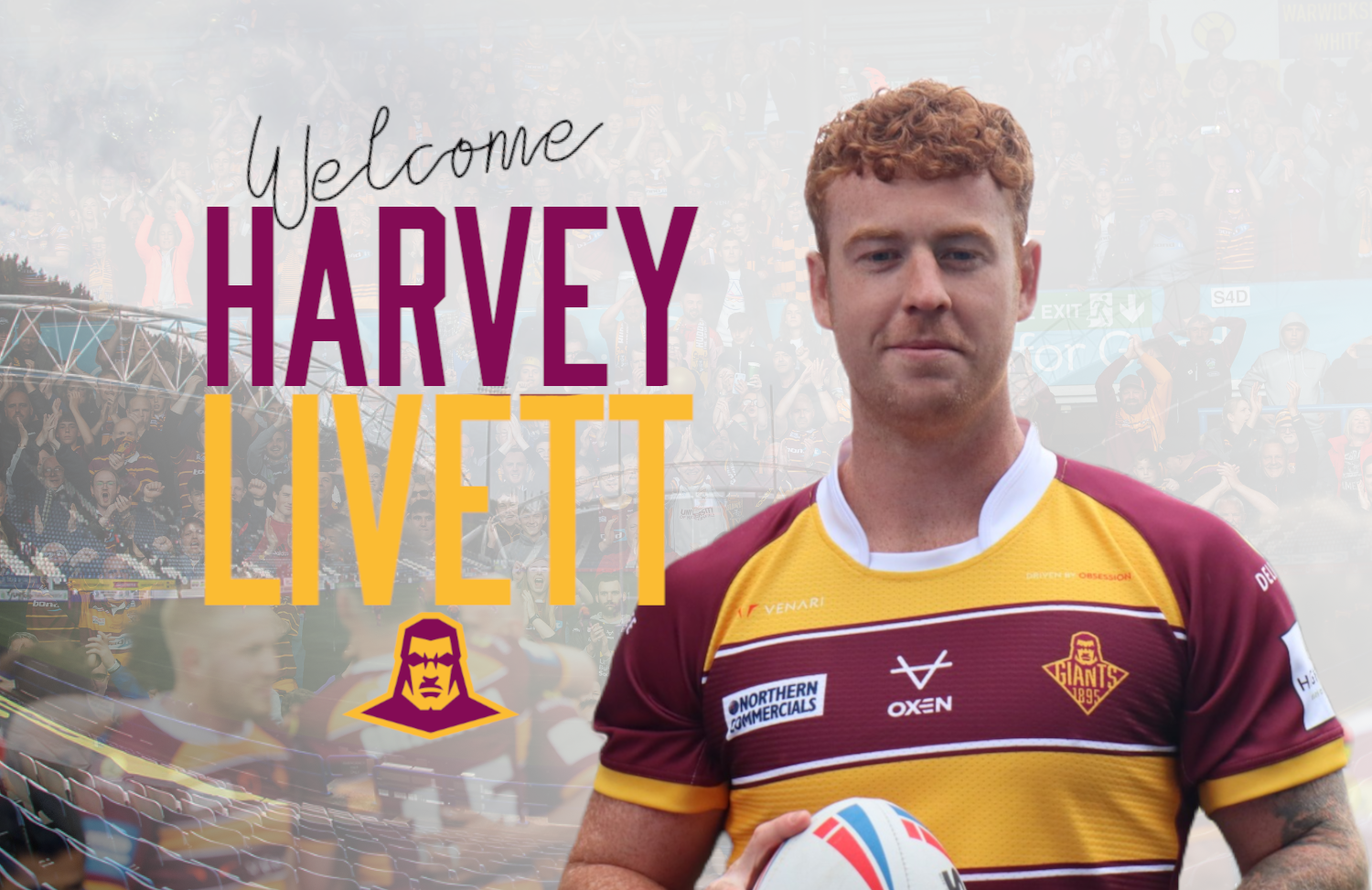 Huddersfield Giants have continued their recruitment drive for 2023, signing centre and back-row forward, Harvey Livett, from Salford Red Devils on a three year contract. The 25-year old has made 96 appearances since his debut in 2017, scoring 32 tries and 67 goals, with spells at Warrington Wolves, Rochdale Hornets, Hull KR and Salford Red Devils. Livett was also named in the England Knights squad for their 2018 tour of Papua New Guinea, and also played in the 2018 Betfred Challenge Cup Final for Warrington Wolves.

Huddersfield Giants Head Coach, Ian Watson said: "Harvey is exactly the kind of player that we want to have involved in this organisation and we're excited for him to join up with the squad. I have a lot of faith in him, I’ve told him that, he's a hard worker who offers size and speed. He can add versatility and another dynamic that will be a great addition to our side.

"Having players like Harvey in the team is important in driving the culture and improving the standards across the board in moving towards what we want achieve - consistently competing for Cup Finals and being at the top of the table in the Betfred Super League. Harvey is a player I know well and we can’t wait to have him in the team"

"The main thing was Ian Watson has a lot of faith in me and he knows the level that I can get to in the next couple of years and that's the main reason I signed really. The way things are going for Huddersfield is exciting, with getting to the Betfred Challenge Cup Final again and into the playoffs the next year the aim, but we want to go a step further and win the Cup or get to a Grand Final. There's a lot of good things coming for Huddersfield and I can't wait to be a part of it."