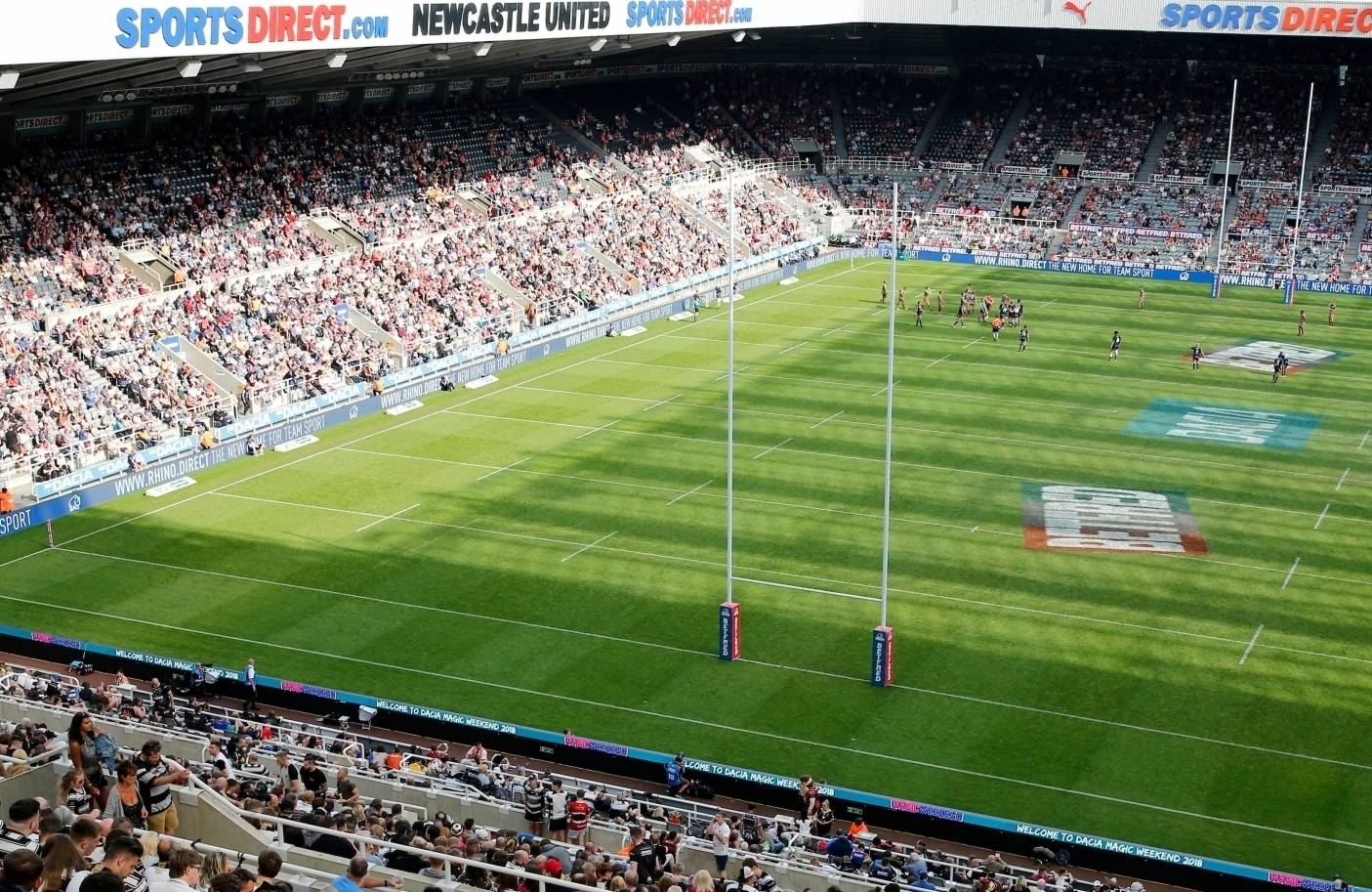 Huddersfield Giants will face the Champions, St Helens at the Dacia Magic Weekend on Sunday 4 June 2023 at St James’ Park, Newcastle, KO 2:45pm, as on the back of a hugely successful RLWC2021 opening fixtures yesterday, Super League can confirm that the 16th Magic Weekend will take place at St James’ Park, Newcastle on Saturday 3 and Sunday 4 June, 2023.

Newcastle has become a favourite with Magic Weekend attendees and will host the event for a record seventh time.

The weekend will get under way with a repeat of the 2019 Magic fixture between Hull KR and Salford Red Devils (13:30). The game at Anfield was a close one with KR winning by a two-point margin and it promises to be another evenly fought contest in 2023.

Wigan Warriors will then take on Catalans Dragons (15:45) in the middle game on the opening day. This will be the first time these two sides have met at Magic.

The Saturday will conclude with a West Yorkshire derby between Leeds Rhinos and Castleford Tigers (18:00).

Newly promoted Leigh Centurions return to the Magic Weekend line-up for their third appearance and will open up things on Sunday when they take on Wakefield Trinity (12:30).

Reigning Betfred Super League champions St Helens play Huddersfield Giants (14:45) for the second time at Magic. They met once before back in 2016 when the Giants put in a dominant display to win 48-20.

The final game of the weekend sees Tony Smith’s Hull FC face one of his old clubs in Warrington Wolves (17:00).

Rhodri Jones, chief commercial officer at Super League said: “We are delighted to announce the return of Magic Weekend to Newcastle. It is a firm favourite with fans and a date that players look forward to in the calendar.”

I’d also like to thank Sky Sports, Newcastle United and Newcastle City Council for their continued support of the event.”

Cllr Lesley Storey, Newcastle City Council cabinet member for a Vibrant City, said: “I’m delighted that Magic Weekend will once again be taking place in our city in 2023.

“Nowhere else has built up such a formidable relationship with Super League’s in-season showpiece event like we have in Newcastle, and it always delivers a memorable weekend for supporters and our residents alike.

“There are some fantastic fixtures to look forward to for Magic Weekend 2023 and I can’t wait to see the fans flock here in their thousands.”

Newcastle United CEO, Darren Eales, said: “Magic Weekend has been a huge success at St. James’ Park and we are delighted to be welcoming the event back for the seventh time.

“We want to continue attracting major events to the stadium and I’d like to thank Super League, our team at Newcastle United and our partners across the city for their ongoing support.”

2023 Magic Weekend Fixtures in full (all live on Sky Sports):