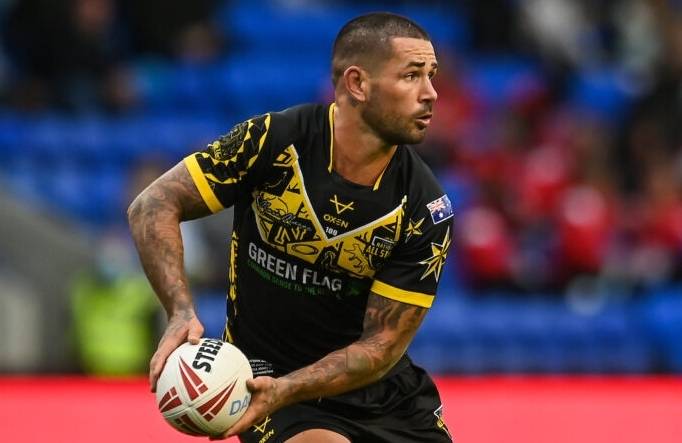 Huddersfield Giants have signed State of Origin Hooker Nathan Peats on a two-year deal, with the hooker returning to the club after a successful loan spell in 2021. The former South Sydney, Parramatta, Toulouse and Gold Coast man made 12 appearances for the Giants in his last spell with the club, scoring once. The 32-year-old appeared for New South Wales in the 2017 State of Origin Series and played for the Combined Nations All-Stars side that defeated England in 2021.

Huddersfield Giants Head Coach, Ian Watson said: "I said it when he was here about Nathan - he was one the best nines that I have had the opportunity to work with. Danny (Levi) has been great for us, and his is an out and out runner, and while we have the likes of George Roby who will come through but where we felt we needed to be better was when it comes to big games, we needed that level of composure to help of the likes of Theo and Oliver Russell, helping guide the team around. Nathan Peats did that while he was here.

"Look at the success we when he came in at the back end of the year, I think we won 6 out of 10 and we basically had 10 under 21s playing then. His experience along with the likes of Chris McQueen was huge so to put Nathan Peats in with the likes of Naiqama and Chris Hill as well as Chris McQueen again, while having that balance in the team and the spine is going to be huge for us going forward and potentially take us to another level."

Nathan Peats said: "It's been really exciting for me, I didn't really want to leave last year, I had a really great time playing for Huddersfield and under Watto too. We tried to figure things out but right at the end we couldn't get it done.

"I've obviously been in France for the last 10 months, but as soon as I heard the situation and that Watto was interested again I couldn't jump at it any quicker. Yeah, I'm very, very excited, as I said I didn't want to leave last year, I really found my love for Footy again. So, to be back there, where I found my love again, I am super excited to be back at the Giants"