Giants heading to Headingley for Rivals Round! 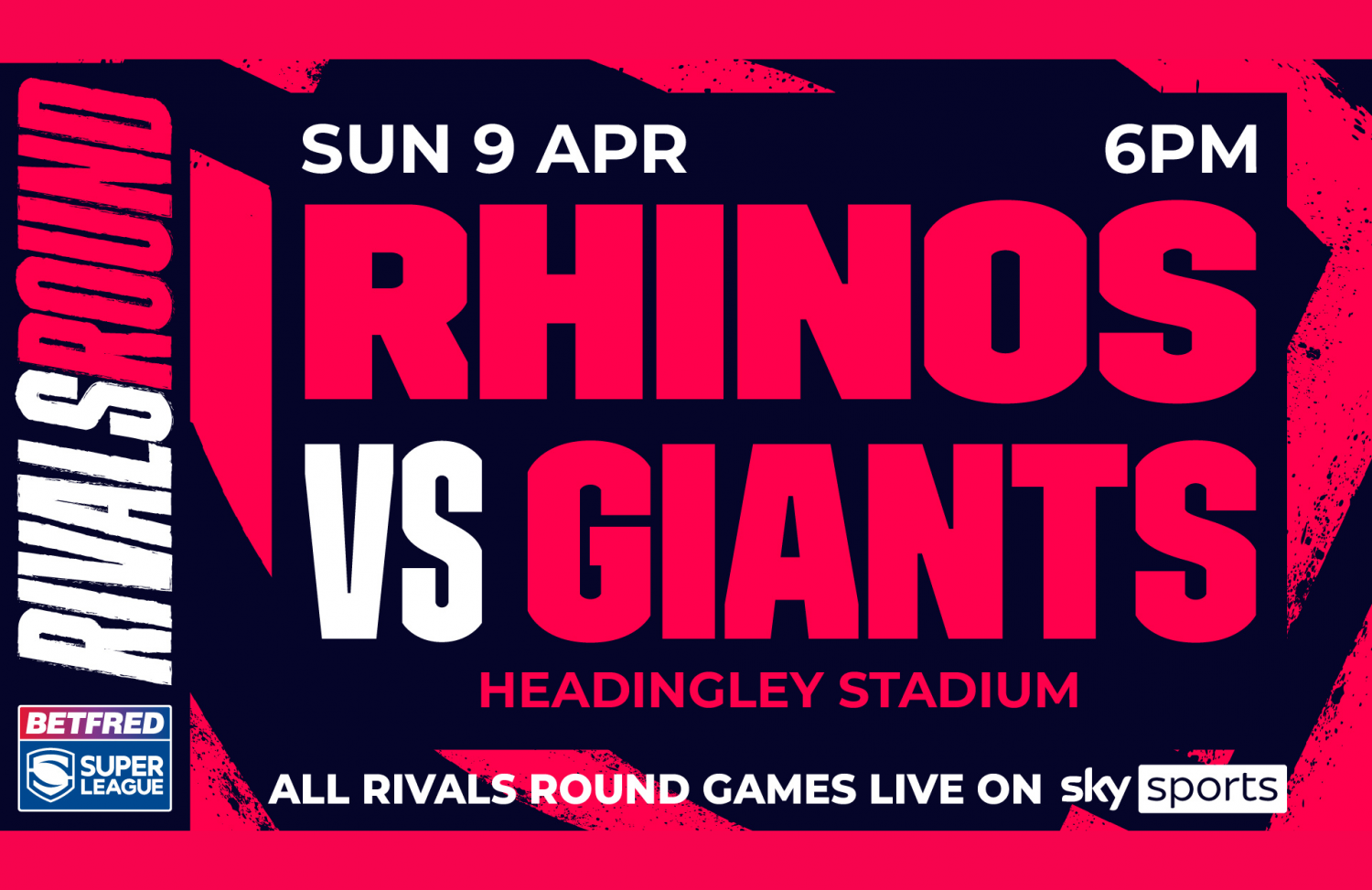 Ahead of the full fixture release on Thursday the 3rd of November, the Super League have revealed the Easter Weekend, Rivals Round fixtures for all the Super League clubs for the 2023 season.

The Giants will once again face a short trip over to Leeds to face, 2022 Grand Finalists, Leeds Rhinos at Headingley Stadium on 9th April with a 18:00 KO.

2022 saw the Giants play out three exhilarating matches vs Leeds Rhinos with unforgettable moments like Chris McQueen's 80m try at the John Smiths in Round 15's 30 - 18 victory, and the unbelievable final 3 minutes in the 2022 Rivals Round fixture away at Headingley which saw the Giants come from 20 - 10 down to a 20 - 20 draw thanks to Innes Seniors incredible final minute try.

This Rivals Round fixture is just the start of the release on Thursday where Giants fans will finally learn their fate for the much-anticipated 2023 season.

The full Rivals Round fixture list is as follows:

The Giants have signed NINE new players ahead of the Super League season including stars such as Kevin Naiqama, Esan Marsters, Jake Bibby and the returning Jake Connor. Now we want to add you!