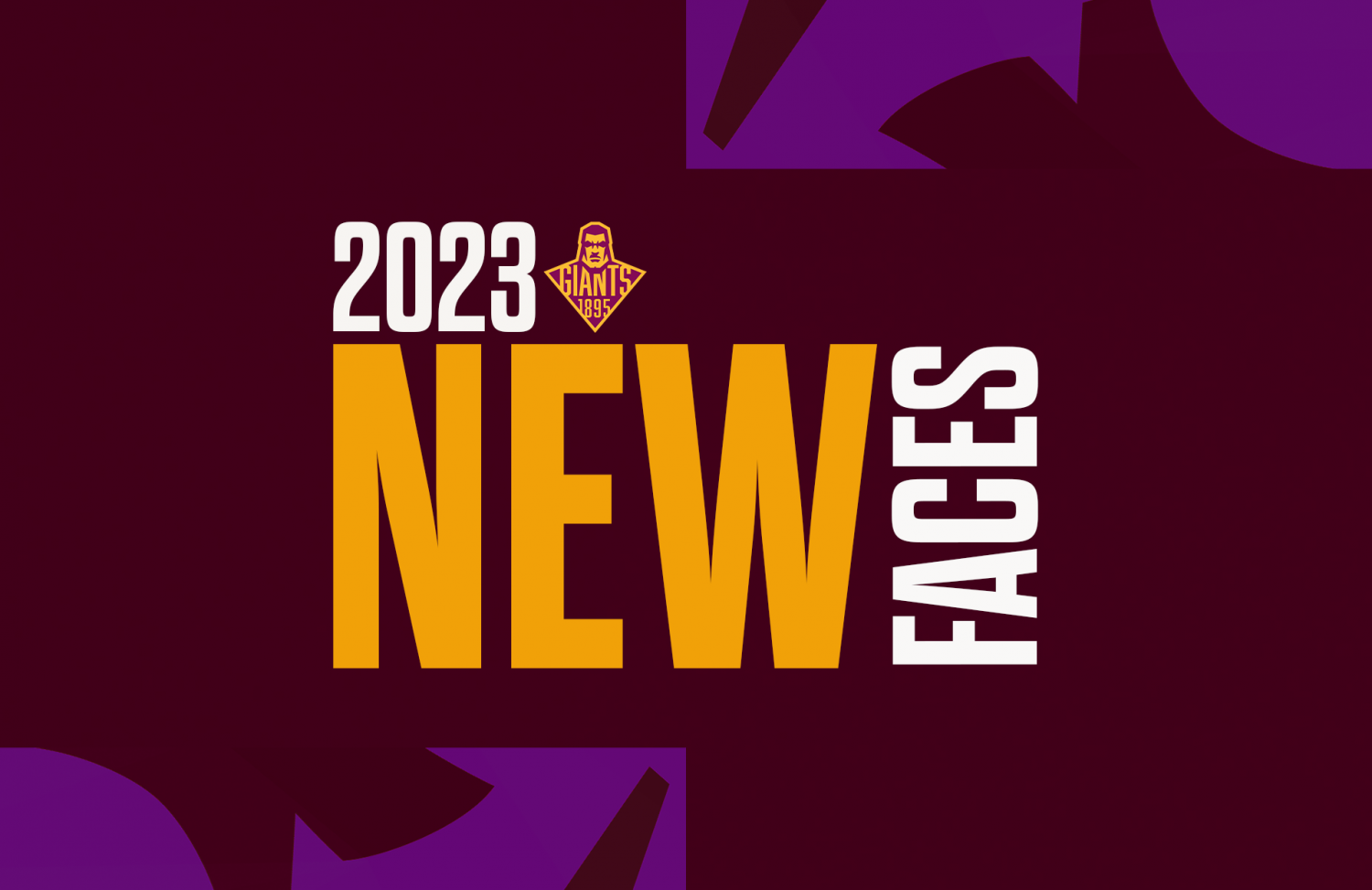 With the club signing a number of new faces for our squad in 2023, we are going to take a look at the new players that will be featuring for the Giants next season!

After a season which saw us reach the Betfred Challenge Cup Final for the first time since 2009, and also the Betfred Super League play-offs, we will be looking to go one better this season and have made a number of quality additions to our squad to ensure that we build on the successes of 2022.

One of the first summer signings, revealed live on Sky Sports, was the capture of Cook Island International Esan Marsters from the Gold Coast Titans. Esan, who has made 85 NRL Appearances to date since 2017, has scored 22 tries. The goal-kicking centre has also played with 2022 Top Try Scorer Chris McQueen at Wests Tigers.

When discussing Esan, Ian Watson said “Esan is an amazing attacking threat with ball in hand but is a player who is willing to do the tough things for his team in defence so will be a huge addition to our squad for 2023. He’s a player I have watched and admired from a far for a number of years now, most memorably watching him tear it up at West Tigers and New Zealand against England in 2018/2019. He’s a player who is equally at home on both sides of the field and has the ability to play in a few positions."

A face familiar to all Super League fans, Kevin Naiqama was part of a treble winning St Helens side that conquered the Betfred Super League for multiple seasons and was a mainstay in the Saints side for three seasons in a row. It was announced in June that Kev would join the Giants to add competition and experience in the centres for Ian Watson's side. Naiqama also won the Harry Sunderland Trophy in the 2021 Grand Final, a much sought-after award that is awarded to the man of the match in the Grand Final.

A 190cm, 100kg powerful forward, Rushton came through Wigan Warriors Academy, making his Betfred Super League debut in Round 14 game for the Warriors against St Helens. He signed for Canberra Raiders in 2021, going on to make his debut in Round 7 of the NRL before making two further appearances in the competition for the Raiders.

Ian Watson said: "Outstanding signing for the Giants. He's a good, young, English forward who has plenty of ball-playing ability. He's got the ability to carry the ball, defends well and he's been well-schooled. He's made his NRL debut this year as well, furthering his experience and playing consistently in the NSW State Cup, he's continually been one of the better players at that level. I'm absolutely made up, it's a great signing for Huddersfield."

Bibby is regarded as one of the top wingers in the competition and is a major signing for Huddersfield Giants the quest for silverware, adding vital experience and try scoring prowess to an already quality back line.

Jake discussed the move, commenting "I had really good talks with Ian Watson, I know what he's all about and what his vision is. Even this season you can see what the club's striving for, and I want to come here and add quality to the side. I know they are on the verge of winning something. I want to come here, add quality and experience and add to a good team."

A man that needs no introduction, Jake 'the Snake' Connor returns to the Giants six years after departing the club for Hull FC. Jake finished top assister in the Betfred Super League on 33, being closely followed up by Tui Lolohea on 29. The quality that Connor possesses is well known to Super League supporters and this signing marks a major moment for the clubs' intentions for 2023, with Connor adding quality and experience.

Ian Watson hailed the signing of Jake Connor on a three-year deal, "I’d like to welcome Jake back to the Giants he is a huge signing for us. Jake is a player I have admired from afar and is a tough competitor who wants to win at all costs and will drive people in his team to be better and want more."

Another man that Head Coach Ian Watson has worked with before (Or at least wanted to) in Harvey, a tough running back-rower who has made 96 appearances since his debut in 2017. Livett is another player with experience on the biggest stages, featuring for Warrington Wolves in the 2017 Betfred Challenge Cup Final. The England Knights man also scored a memorable treble away at Leeds Rhinos in 2017, as Warrington steered themselves away from relegation.

Harvey commented on the relationship he has with Ian Watson and how this was a draw to sign for the Huddersfield Giants, "The main thing was Ian Watson has a lot of faith in me and he knows the level that I can get to in the next couple of years and that's the main reason I signed really. The way things are going for Huddersfield is exciting, with getting to the Betfred Challenge Cup Final again and into the playoffs the next year the aim, but we want to go a step further and win the Cup or get to a Grand Final. There's a lot of good things coming for Huddersfield, and I can't wait to be a part of it."

Peats will also be familiar to Giants fans, having spent time on-loan at the Giants in 2021 from, then named, Leigh Centurions. The former State of Origin Hooker had a stellar season for Toulouse in their first topflight campaign. 'Peatsy' will be looking to continue where he left off, working with mainstay hooker Adam O'Brien. Nathan also played in the Combined Nations All-Stars team that defeated England in 2021.

Speaking about the move, Head Coach Ian Watson said, "Look at the success we when he came in at the back end of the year, I think we won 6 out of 10 and we basically had 10 under 21s playing then. His experience along with the likes of Chris McQueen was huge so to put Nathan Peats in with the likes of Naiqama and Chris Hill as well as Chris McQueen again, while having that balance in the team and the spine is going to be huge for us going forward and potentially take us to another level."

Sam Halsall is widely regarded as one of the most exciting young players in Super League, featuring for Wigan Warriors in 2022, scoring six tries in sixteen games. He also has an exceptional record at Championship level, scoring thirteen tries in eleven games for Newcastle Thunder, who he spent time on loan at. Sam joined the Giants in a double capture from Wigan that also saw Jack Bibby join the club.

On the move, Sam said, "It's great to make the move to play for Ian Watson and the Huddersfield Giants. I'm looking to develop myself and get more first-team opportunities and I'm sure that I'll be able to receive some good instruction from the coaching staff over the next few years. I'm looking to become a regular Super League player and I feel that Huddersfield is the best place for me to do that."

Jack joined the club with Sam Halsall from Wigan. The towering prop forward is another young talented player that will develop under Ian Watson. Jack Bibby made his Betfred Super League debut vs Hull Kingston Rovers and impressed in his stint.

Head Coach Ian Watson commented on the capture of Jack Bibby, "Jack is a young middle and an England youth international who I noticed while watching our reserves against Wigan. His desire and tough physical approach in attack and defence to take on our pack stood out. Jack then made his debut for the 1st team this year putting in a quality performance and being rewarded with a try on his 1st team debut."

We look forward to seeing all of the new signings in action for the Giants and we hope that you are all there to see them in action!